This book addresses head on an increasing preoccupation of policy makers around the world: how to create high quality, liveable and sustainable urban spaces in areas of high density. Whilst for many cities – New York, Hong Kong and even Paris – these are hardly new concerns, for many others widespread densification and its implications are relatively new and urgently need to be grappled with.

In London, the New London Architecture’s recent study, revealing that 250 or so new high-rise buildings were in planning or under development, sent shock waves through the city. But perhaps it shouldn’t have. If you regularly travel on a suburban train line out of the city, this is plain to see, although perhaps it is difficult to get a sense of the impact across London as a whole. At a smaller scale, similar processes are happening in major cities across the country, and whilst their respective skylines are of concern to many, for me it is the physical and social impact on the ground – on the public realm – that is of more concern.

But is this the fault of densification per se, or just our inability to design well at higher densities? Jane Jacobs commented that we need to build at densities in excess of 100 dwellings per acre (250 per hectare) in order to force people out onto the street and invigorate the public realm. She cautioned, however, that above 200 per acre we inevitably see uniformity in design, and this should be avoided. But we are nowhere near that and even our densest boroughs in London, at around 70 per hectare, are well below Jacob’s lower threshold, and this reduces to less than 10 per hectare in some outer boroughs.  Clearly some cities do density much more consistently and convincingly than us.

The authors of this intriguing book do not specify what they consider to be the optimum density in cities, but instead argue that higher density is a necessary pre-requisite for complexity, intensity and urbanity and that there are overwhelming benefits of building at higher densities. The book examines what this means for public spaces and where to look for inspiration and best practice.

In their search they examine over 50 global examples that they systematically dissect, using a framework to understand how they came about, what works and what does not. They alight upon the concept of ‘hybrid urban space’ in order to understand the types of spaces that emerge when we start to build more densely. In others words not the streets, squares and parks of the traditional city, but instead a dissection and re-combination of these and other building and infrastructural elements in order to deal with new situations of density.

In doing so, the authors define three overlapping modes of hybridisation present in high density contexts: spatial hybrids, programme hybrids, and operational hybrids, or the physical context, uses, and management of spaces respectively. These are found in the case studies that are in five categories: intensified residential developments, mixed use developments, infrastructural transit-led spaces, recreational green hybrids, and hybrid urban voids (the final category referring to bits of the city that have been reclaimed for new uses).

This is an interesting book, packed with examples, high quality illustrations, and thoughtful analysis that has much to teach us about the implications for the public realm of building at higher densities. Whilst I remain to be convinced of the need for a new language of hybridisation to discuss these, this book represents a valuable contribution to the literature and our understanding of public space in a fast changing world. 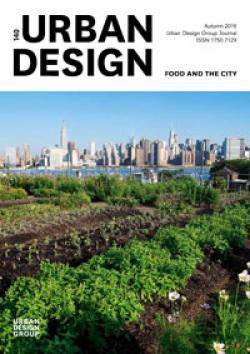