Published as part of a series entitled Construction and Design Manual, this book somewhat resembles a university course book, but is much more than a manual. Through examples from several European cities, it advocates regeneration based on traditional values and shows how to modernise cities whilst making them more humane.

In the book’s first chapter, Historical Outline, Pålsson describes the evolution of European cities from the Renaissance onwards with an emphasis on urban design and covering some of the same headings as Spiro Kostof’s seminal book The City Shaped. He stresses the contrasting approaches that have been recurrent through history, between the city of enclosed spaces and that of freestanding buildings, and how these came to a head in the past century, pitching Modernism against tradition. The author outlines various issues that endanger the quality of life in urban areas such as sprawl and segregation, often the consequence of developers’ greed, but observes that some cities are addressing them, as he intends to show.

The second chapter, The Humane City, follows with suggestions on how to return to ‘urban planning with more focus on classic city space qualities’ and these will be familiar to urban designers: the dense city (though not necessarily the high-rise one); the perimeter block; the user-friendly public realm; the relationships between buildings and spaces, and more. This chapter ends with a list of ten urban transformation themes, each of which is then the subject of a separate chapter: Renewing dense urban areas, Culling dense urban areas, Constructing infill buildings, Transforming urban areas, Transforming buildings, Reconstructing urban areas, Establishing linear city space, Renewing local centres, Developing new dense urban areas, and Densification of modernist urban areas.

In turn each of these chapters starts with a brief essay that includes a list of Focus Points and follows with well illustrated examples. These are placed in context and briefly explained, and are not just public spaces; they include buildings and in one case, the bicycle routes of Copenhagen. Through them, the author aims to show how humane cities can be designed.

The examples provide a very useful source of information for professionals dealing with similar issues elsewhere. The text is well informed but accessible, including the occasional anecdote and avoiding jargon. Not all examples include plans and these lack scale bars; in some cases, plans are replaced by aerial photographs. Overall, images abound although not all seem relevant.

One important criticism of the book, addressed to the publishers in particular, is the lack of an index. Most readers will not read the book from cover to cover but will want to easily find specific parts of it, which in this case will be complicated. Using an indexing package would hardly have added to the already high cost of producing the book, but would have enhanced its user friendliness. 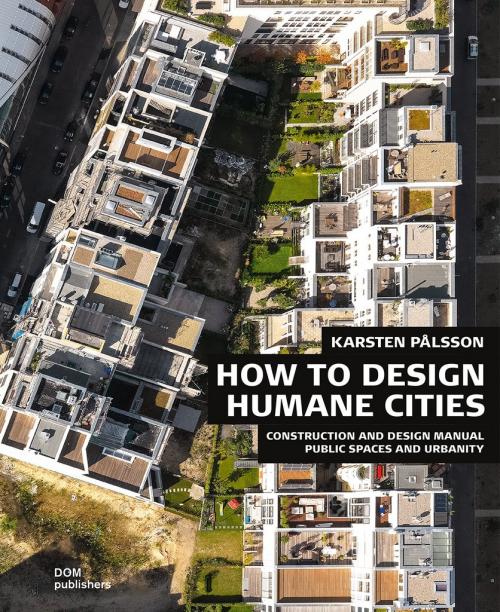