This review of American technological and physical achievements shows how planning has been critical to their success. Eight examples as different as building the transcontinental railways, the National Parks or the digital revolution had little to do with individual enterprise, and depended on government- backed projects and programmes. Determined individuals, such as Robert Moses, may have transformed New York, but it was public power that built America and created great private fortunes.

Sometimes leadership came from US Presidents, such as Eisenhower who used his war-time reputation to secure backing for a transcontinental road system, or Teddy Roosevelt who founded the National Park system. At other times groups of businessmen siphoned off public funds to contractors they owned, such as Leland Stanford, who built the Southern Pacific Transportation Company, and later endowed Stanford University.

The turning point came in the 1960s when losses in the Vietnam War led to disillusionment with government. Excessive faith in free markets rather than in planning and public procurement, and spatial segregation left cities with holes where their centres once were. The internet, an offspring of the Defence Advanced Research Projects Agency, stimulated another industrial revolution, with winners concentrated on America’s West Coast.

Like his earlier publication Great British Plans, Wray’s book is constructed around well documented and illustrated case studies, with plenty of new insights. References are made to theories of leadership and governance, but those who expect a book on urban and regional planning will be disappointed. Nevertheless, the stories are so dramatic and the results so tangible that they provide an excellent primer for how cities change direction through technological revolutions, and the role that government needs to play.

Wray points out that ‘Planning built American wealth before World War Two, but really came into its own during and after the War, the great impetus supplied by wartime production of material,… Government plans did not damage American wealth. They created it and sometimes in the most profound way. That is not to say that entrepreneurs and individuals have not contributed. They have.’

A Green New Deal could still get our economies going in the right direction. A new lifestyle is evolving, including reduced pollution, better health, a preference for purchased experiences over purchased products, and the sharing of services. The kind of mission-oriented projects that put a man on the moon could enable cities to be transformed. 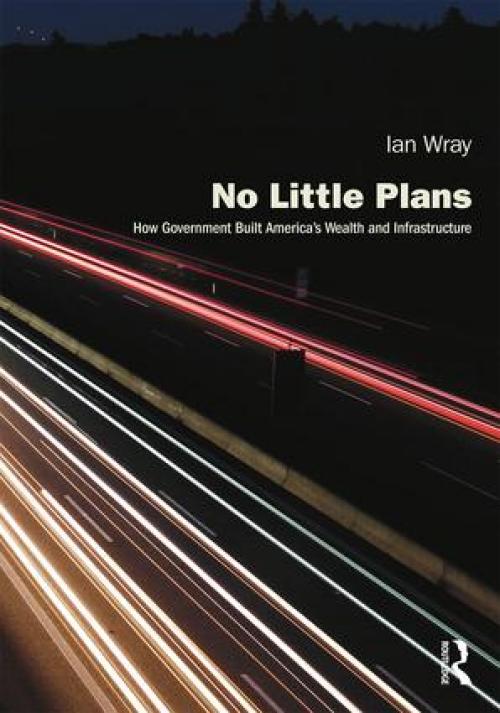