My Kind of City

British urban designers will remember the American planner Hank Dittmar as the former Director of the Prince’s Foundation for Building Community, which he led between 2005 and 2013. Before settling in London, Dittmar had a remarkably wide-ranging career, working at various times as an airport director, transportation planner, policy adviser, and an outreach worker with Chicago street gangs. In the 1990s he became a leading light in the New Urbanism movement.

Dittmar compiled this collection of essays and journalism not long before his death in 2018. It was published posthumously, with tributes from his friends and colleagues including Andres Duany and Lynn Richards.

The bulk of the book is a series of lively, if often short, opinion pieces. These are mostly culled from the pages of the weekly Building Design magazine and thus have a topical British perspective. The author speaks up for the work of contemporary classicists, but generally he has little patience for arguments about architectural style, which he sees as an arid debate (‘Cavaliers vs the Roundheads’) that can be traced back to Ruskin. Dittmar does however confront what he sees as the cardinal weakness of Modernism, specifically, the legacy of Le Corbusier, of putting the object before the place, and a wilful failure to learn from the past. By contrast Jane Jacobs, Stewart Brand and especially Christopher Alexander are Dittmar’s key influences, with their work referenced repeatedly in these pages. The emphasis is on the practical considerations of sustainable construction, ease of movement and the art of making lasting, adaptable places.

It is clear that Dittmar adored London, warts and all. Covent Garden’s Seven Dials is his choice for a piece called ‘My Favourite Street’ and the cover portrait poses him against a backdrop of the Foundation’s Shoreditch base. The author’s international experience gives him a valuable view of British urbanism, and there are useful insights on other cities including Auckland and New Orleans.

The book is highly readable and nicely presented as a sturdy little hardback. With more than 50 essays across 200 pages, the reader can be left rather breathless at the flood of commentary; they are best sampled at leisure, and the longer, more discursive pieces are the most rewarding. The book suffers from the absence of any illustrations, so be prepared to search online for the necessary visual enlightenment. A companion volume by Dittmar DIY City: the Collective Power of Small Actions (2020) has been issued by the same publishers. 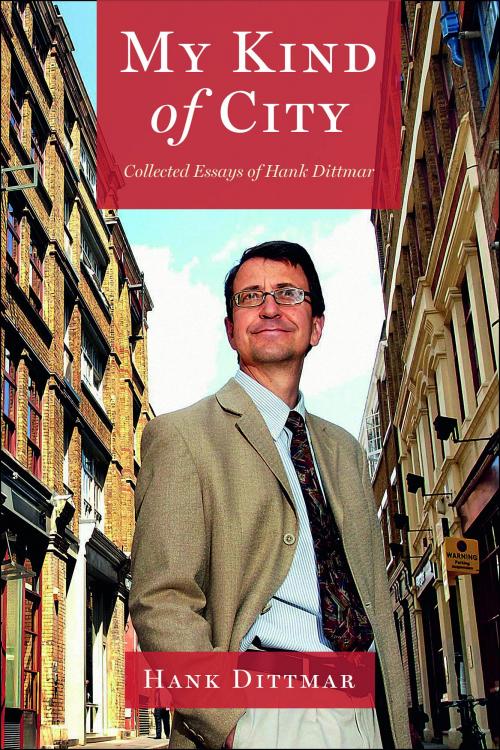