The Rise and Fall of Council Housing
John Boughton

The award of the Stirling Prize for the first time to a council housing estate, Goldsmith Street in Norwich, has been cheered as a vote for excellent-but-ordinary everyday architecture and a welcome reaction against awards to expensive or funny-shaped office buildings in London. I learned from John Boughton’s book that the decision has background. Norwich in the 1950s had the highest proportion of people living in council housing in the country. In the 1960s and 1970s David Percival led a remarkably expert and committed City Architect’s Department, with at its peak over a dozen architects. They built innovative and varied high-quality housing.

This book is a history of council housing from the 1900 London County Council’s Boundary Estate to the present day. It covers the design issues of housing types, densities, plan layout, construction technologies, etc., but the main thread is the changing political and social attitude to municipal housing. The structure is chronological, moving from interwar Housing for Heroes to Aneurin Bevan’s 1949 Housing Act, 1960s industrialised high-rise, the Thatcher government’s ending of council housebuilding, revisionist government programmes of Estate Action, New Deal for Communities, City Challenge and Housing Market Renewal Initiative, through to today’s limited mixed market approaches.

A continuing theme is the question of for whom council housing is built. Boughton emphasises that the early housing was not intended for the very poor, but for the relatively well-off ‘respectable’ working class. The very poor were expected to occupy the privately-rented housing vacated by their betters, in a sort of trickle-down process. In 1949, Bevan promoted council housing that served a cross-section of the community, believing the segregation of different income groups to be ‘a wholly evil thing’. Thatcherite policy reversed this, considering council housing to be a social service and implicitly, housing of last resort. I learned that there is a word for this attitude: ‘residualisation’. The Thatcherite Right to Buy programme, instead of achieving Bevan’s aim of social integration, contributed to social polarisation, as well as reducing the stock of good council houses.

Boughton is a strong defender of the principle of municipal housing, and even while documenting the dismal record of the last few decades, remains positive about his subject. He is scathing about the demonising of council estates and their tenants. I particularly liked his assessment of the Utopia on Trial author Alice Coleman’s analysis as ‘worthless – both methodologically flawed and ideologically driven’. 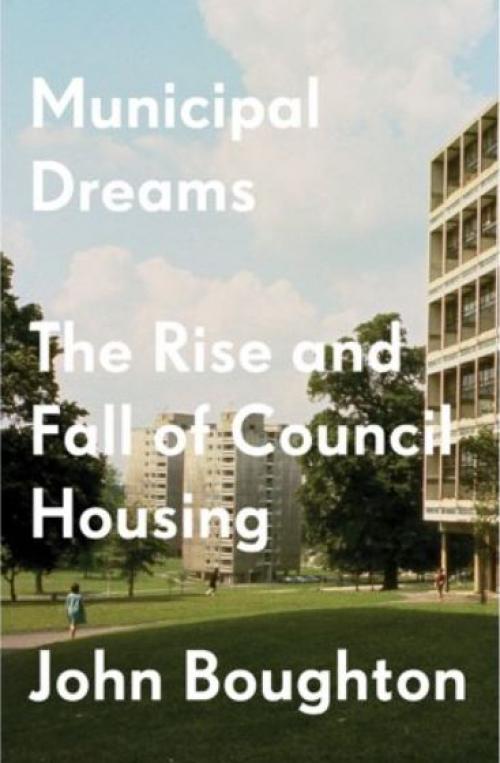