Lessons from the British and French New Towns

This book offers much and its title suggests a wide view and lots of potential interest for the urban designer. There is a significant question mark in its subtitle. The stimulus for the book derives from a 2018 symposium supported by the Sorbonne Nouvelle Research Centre on British Studies. An impressive set of 17 contributors drawn from Britain, France and elsewhere made for a truly international collaboration. The breadth of contributors sadly results in a very variable set of papers. Some present an interesting insight, others are hampered by a rather contorted use of English. This problem is not unique to this book but stems from the wish to create a stand-alone publication from a variety of contributors.

The contributors are drawn largely from academia and that academic influence permeates the book. There are four parts over 14 chapters: The New Towns and Policymakers, The New Towns and Their Residents, The News Towns in their wider Regional and International Context, and The New Towns and Heritage, finishing with a conclusion.

The editors’ introduction outlines the contents of each chapter. Each one opens with an abstract followed by an introductory paragraph to the body of the paper which then ends with a conclusion and a full set of references. This careful structure results in a great deal of repetition. One would expect that the original symposium presentations would have had illustrations but no doubt for reasons of economy, there are few illustrations in this book; sadly some are so small as to be almost incomprehensible. This is a great pity as there are interesting ideas behind some of the few figures.

The focus of the majority of the chapters is on the social and procedural aspects of the development of the towns. This means that there is only limited discussion of layout and design issues. It is however good to see a discussion of Ebbsfleet and a comparative study of Harlow and Thamesmead. Overall, this book could have had much to offer, perhaps too much; its multifarious views do not allow for a coherent conclusion to be developed. The question mark in the title remains. Maybe Paradise might one day be regained. 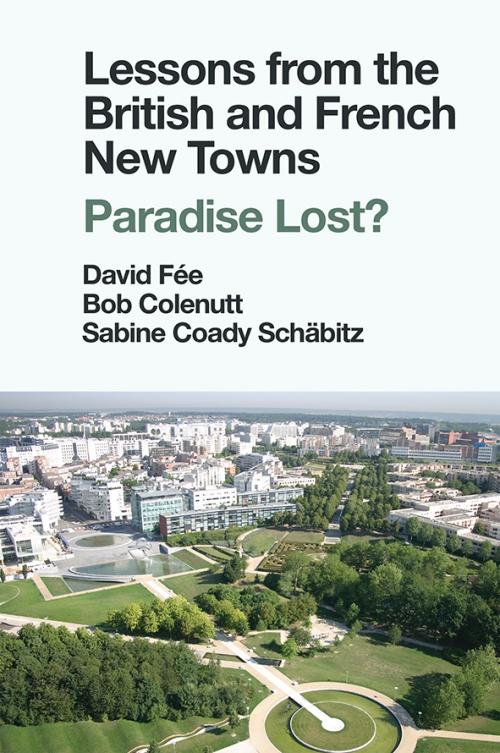