The Heart of the City

Intriguingly this book almost shares its title with the 1964 seminal publication by Victor Gruen The Heart of our Cities. Both show similar concerns about what will happen to city centres but are obviously written in very different contexts. Garvin’s book deals exclusively with the North American situation; Gruen referred to European cities even though his focus was also the United States.

The parallel is interesting because, although the circumstances of Garvin’s downtown have changed fundamentally since the 1960s, the worries are similar. His book was written before the pandemic, and therefore some of the changes he describes have been accelerated, others he couldn’t imagine, and the future of downtown is even more unpredictable now.

The first five chapters are descriptive and provide a diagnosis of what is wrong or right in America’s downtowns: What is Downtown? Where is Downtown? How and why Downtown America is changing, People who are changing Downtown, and Organisations that are changing Downtown. They include many examples of changing cities throughout the country, and often focus on the mistakes made in the second half of last century: the wholesale redevelopment and investment in highway infrastructure that destroyed neighbourhoods. Garvin then considers the influencers, organisations and individuals whose actions can have an effect on American downtowns. These are not too different to those in the UK although their methods may not be the same: developers, conservation activists, immigrants, government agencies or specially created organisations such as Business Improvement Districts. The latter in particular have had a substantial effect in the market-oriented US.

The last three chapters draw lessons from the earlier ones to give advice for future improvements. First and foremost, Garvin suggests that redevelopment has never been a solution. He recommends looking carefully at each area’s needs and applying measures that urban designers will recognise: giving each area its identity; facilitating movement in the downtown area (as opposed to getting in and out of it quickly); and improving the public realm to keep people in the area. He adds economic measures to help businesses, facilitating changes of use and reducing costs. To illustrate his suggestions he includes numerous examples from successful cities but also from failures which he attempts to explain. In the last chapter, Creating Vibrant Downtowns for a New Generation, he puts forward measures that are mostly economic and organisational; by definition these are specific to the US.

This is an interesting book mostly because of its analysis, but its lessons can only partly be translated to other contexts. Its predecessor of fifty years ago had a more universal message. 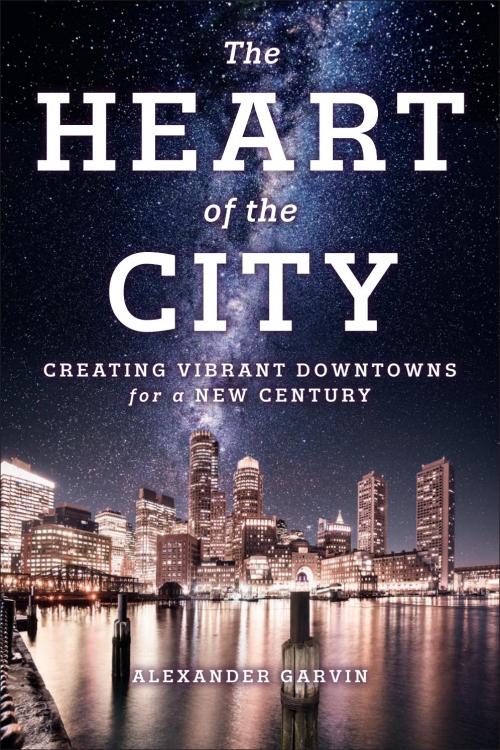