Extreme Cities could easily have been a gloom and doom vision of our planet’s extinction. Instead, it expresses a passionate belief that what Ashley Dawson terms climate chaos, is intimately linked to socio-spatial inequalities and would require community action to redress environmental injustices and save cities from ecological devastation. He develops his view that cities are a major contributor to global warming due to their intrinsic link to unfettered growth, the lifeblood of what he calls ‘catastrophe capitalism’, over six emotively titled chapters: Capital sinks, Environmental blowback, Sea change, The jargon of resilience, Climate apartheid, and Disaster communism.

Challenging humans’ exploitation of nature is not new; environmentalists like Herbert Girardet denounced the unsustainable ecological footprints of cities, while scientists the world over have modelled what they identified as the tipping points of anthropogenic greenhouse gas emissions. However, climate change doubters have contested these positions with equal fervour, and Dawson believes that they helped the establishment to undermine remedial interventions after extreme weather incidents, thereby returning cities to an undesirable ‘business as usual’ state.

Due to their unprecedented concentration of inadequate infrastructure, massive economic resources and human populations, Dawson considers coastal megacities and cities along flooding rivers not just contributors but also the principal victims of climate chaos. Discussing briefly how rising sea levels and intense storms are threatening cities in the Global South, he drills into case studies in the North (New Orleans, Miami, Rotterdam and New York) and how they go about preserving their imperilled economic assets. He criticises their postdisaster top-down interventions, such as New York’s ‘rebuild by design’ initiative, for aggravating their long-term climate vulnerability. Alongside this, he evokes examples of community-led disaster relief and how denizens were prevented from undertaking their own climate-friendly reconstruction. While he recognises the role of government and the private sector in dealing with the process, he deplores the ephemeral nature of community initiatives which he attributes to their unfair share of resources.

Inspired by scholarly urban thinkers and in close contact with the actors involved in his case studies, Dawson brings together well-documented empirical experiences, scientific knowledge and conceptual deliberations of interest to urban designers. His aim is to convert extreme cities into ecocities, but his solutions to create environmental justice – a prerequisite for him to combat climate chaos – tend to be utopian with little chance of realisation. Nevertheless, his deliberations open up a clear opportunity for urban designers (who are otherwise rather absent in Dawson’s scenarios to deal with extreme weather calamities) to reflect on their role of inherent and even constitutive actors of mainstream urban development 41 Urban Design ― Summer 2020 ― Issue 155 Book reviews processes, and to offer their contribution toward reconstructing more sustainable cities. 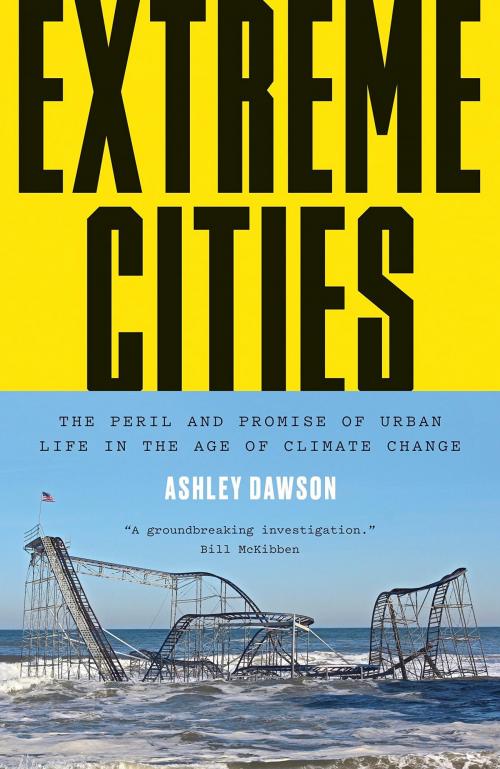