The End of Automobile Dependence

Think of automobiles and the image of a gas guzzling, be-finned monster of the road comes to mind. It is upon this image that this book is based. It is the third, and last, in a series from the authors.

The first, Cities and Automobile Dependence was published in 1989, followed in 1999 by Sustainability and Cities; Overcoming Automobile Dependence. The authors draw from a long-standing and broad dataset, developed by them and known as the Global Cities Database. The earliest data goes back to 1960 and runs up to 2000, and it draws on information from 26 cities across the world. Of particular interest to the authors is the growth of ‘vehicle-kilometers-travelled (VKT)’, a key factor which increased steadily over the first 40 years of the database records and is now reducing.

The book is divided into eight chapters examining: the rise and fall of automobile dependence, patterns of urban transport in cities worldwide, car dependence in emerging cities, a theory of urban fabrics, the utility of transport planning, what is inhibiting the end of car dependence, the consequences of ending car dependence; it concludes with a look at Life after Automobile Dependence.

The authors clearly have a mission: they are troubled by the impact of cars both on the form of cities and on global energy use. They view the reduction of individual car use as a positive benefit to the world as a whole and to the character of cities, which they believe are likely to be re-urbanised rather than suburbanised. In developing countries, where the authors believe car dependency is most damaging, they see two problems: a lack of good data and the increasingly difficult task of introducing public transport systems in rapidly and haphazardly expanding communities.

The authors see future urban transport as being increasingly focussed on walking, cycling, rapid transit systems and on TODs (transit-orientated developments). It is unfortunate that having such a rich vein of historic data to mine, they seem blind to the potential impact of autonomous vehicles and their potential for delivering a transport system that uses sustainable energy, does not rely on major infrastructure development as it can use existing highways, and can deliver flexible transport without the need for large car parking areas. It is perhaps unfair to judge this piece of work on predictions it does not make, because this is a valuable examination of car usage and provides a useful introduction to the Global Cities Data-base. 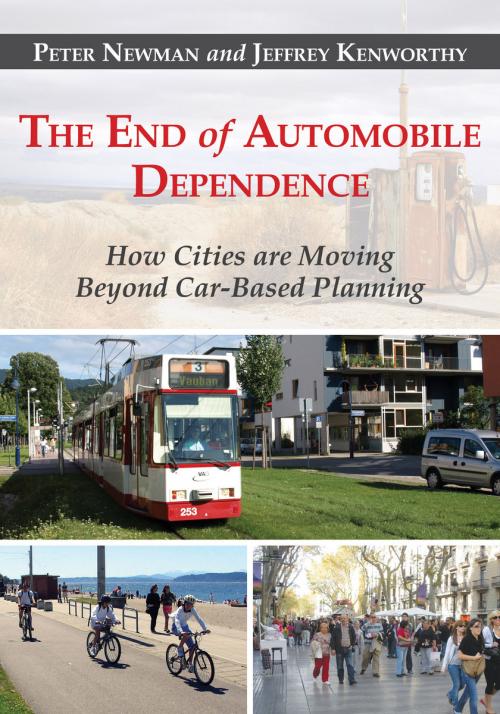