Architecture and the City
Noel Brady and Sandra O’Connell

Published to celebrate one hundred years of the creation of the Irish State, this is a paean to the city of Dublin combined with a series of pleas to improve its governance and to achieve better planning. It is an architects’ book, written by architects who have worked in Dublin and have strong views on it. For someone not familiar with the city, it is intriguing and somewhat confusing.

The text is divided into three parts, From Whence we Came, A Phoenix Reborn, and History of the Future, each one containing several articles by different authors. Whilst the first two parts are mostly historic and chronological dealing with the evolution of governance and city form, the third is thematic and often polemic. Urban design is not at the centre of the story, even though it plays an important and implied role in many of the sections. Housing, health, transport and trees are some of the subjects covered, and each one is interesting in itself; many contributors criticise the current situation and argue for improvements (for instance on housing policies). However, as each section is very personal and written from a particular point of view, in a few cases almost like memories or vignettes, it is difficult to get an overall image of the contemporary city. The lack of maps, except for historic ones, and the emphasis on very architectural photographs compound this difficulty.

The British domination and consequent influence on the design of the city, the heavy weight of the Catholic church on inter alia housing policies, the surge of nationalism and consequent rejection of symbols of the oppressors (such as Georgian architecture), all have had an impact on the city. In the past 30 years, as Ireland became part of the European Union, the economic boom resulting in the Celtic Tiger and the international immigration of often a young population, have forced the city to rethink its future. This book reflects this desire and several contributors suggest new directions, for example in transport policies, city and regional governance or housing, but once again there isn’t a clear overall view.

Although beautifully produced, the book would have benefitted of an index and somewhat more careful proof-reading to avoid the repetition of some paragraphs. Dublin comes out as a very interesting city - no doubt one of the authors’ objectives - but a comprehensive analysis of the city’s urban design is still needed. 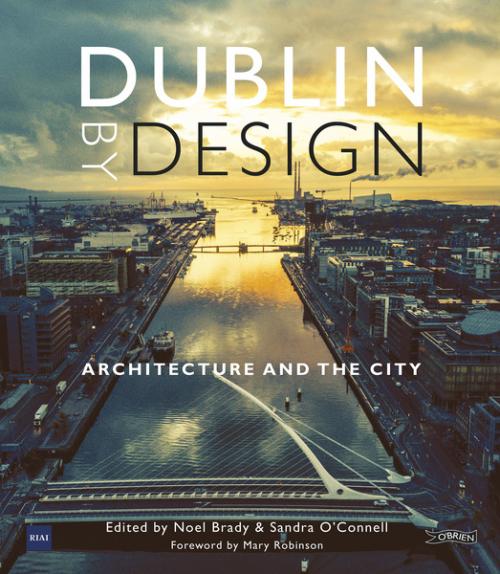