This short book is a final persuasive collection of essays by the urbanist Hank Dittmar, who died in 2018. It comprises people’s stories and examples that are a fitting testimony to his long career which included ten years at the Prince’s Foundation.

Dittmar was not enamoured of grand plans or big government, but favoured the spirit and entrepreneurship of people in the creation of cities and places of value. The role of the arts, the small stuff, meanwhile spaces, and ‘slack’ are all explored here. He observes how masterplans and strategies, handed down by experts that don’t engage with communities, lack the essential ingredients for resilient city building.

With a nod to Jane Jacobs and Christopher Alexander, an early career challenge managing a municipal airport in Santa Monica, taught him that small-scale oneoff initiatives often had the greatest staying power. An advocate for the creative arts, he explains how they thrive in the left-over buildings – the slack of cities – in places such as London’s Shoreditch. Artists helped to reverse the flight from the city, leading the process of regeneration; TV shows like Friends and Sex in the City later confirmed that city life was back and had a lot to offer.

Dittmar is well aware of the shortcomings of the tightly defined vehicle of international property investment and the damaging effects of absentee owners, but is also critical of excessive regulations. He explores how US cities rapidly expanded their populations with doubling up during WW2, and from this he advocates expanding permitted development to allow more granny annexes or associated dwellings to densify suburbs and make more of under-occupied plots (49 per cent of UK homes have spare rooms).

He favoured taxing empty homes and retaining government property to offer low-cost spaces for experimentation, so not denying the government’s role, but believing that this is best when enabling and facilitating DIY activity. Vienna, for instance, is known for its almost unparalleled social housing success with low-cost homes for rent, but Dittmar observes that it was an earlier DIY ‘wild settlement’ movement that provoked the subsequent action of government, not least by employing one of its leaders as the city architect.

This is a philosophical and reflective book carrying few visuals or illustrations. Dittmar concludes with a reference to Leonard Cohen’s song Anthem, ‘the crack in everything letting the light in’. He says that similarly the more space we leave for the small, the more humans will fill in it, which is where the hope lies. 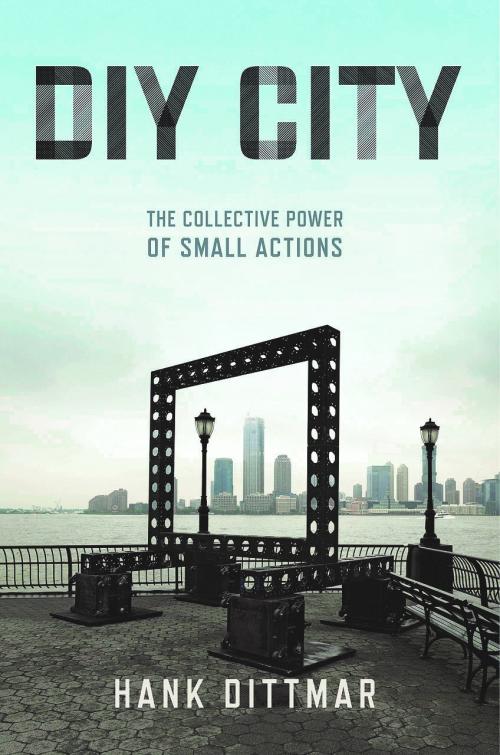