The City of Imagination

This is an intriguing book but is it relevant to urban design? Certainly, it has ‘city’ in its title but so did Calvino’s Invisible Cities. Like Calvino, Morabito relies on the perception of his reader but he makes reference in his text to Kevin Lynch (unfortunately Lynch is referred to as Kenneth in the text and Kevin in the footnote), Louis Kahn and to existing cities, including London and New York.

The text occupies only a small proportion of the book, and this is confined to a foreword by James Corner, and the first 25 pages in which Morabito explains his approach and his view that imperfection is a driving force behind creativity. He contrasts this with the urban designer and others, who he claims seek to avoid or correct. The book ends with a two-page Afterword by David Leatherbarrow. Further short sections of text introduce each drawing. It is these 150 drawings that form the bulk of the book and they are divided into eleven themes. Each theme is described by a single word Ground, Bridges, Water or Time. It is difficult at times to see exactly why a particular drawing should be placed in one theme. There are stylistic similarities and graphic symbols that reoccur. Morabito himself admits that his thematic classification is not rigid and drawings might equally be placed in several categories.

The drawings contain recognisable images but do not represent the places of their origin. They are rather an impression of the spirit of a location and, like words in Calvino, the images create a place in the reader or viewer’s imagination. Morabito aims to look below the surface of the place before him and record this with lines, so that it can be recorded in the viewer’s memory. Tantalisingly, he describes all of the drawings as having been ‘manipulated, finished, or created using an iPad’. He describes them as digital hand drawings. It would have made the book even more interesting if it had included an appendix on exactly what technique the author used. Without that explanation, a cynic might claim the whole book is a self-indulgent collection of doodles. This is clearly not so; Morabito thinks deeply about what he is drawing, and why. This is a book to stir the imagination and inspire the draughtsman or woman to look afresh at urban scenes. 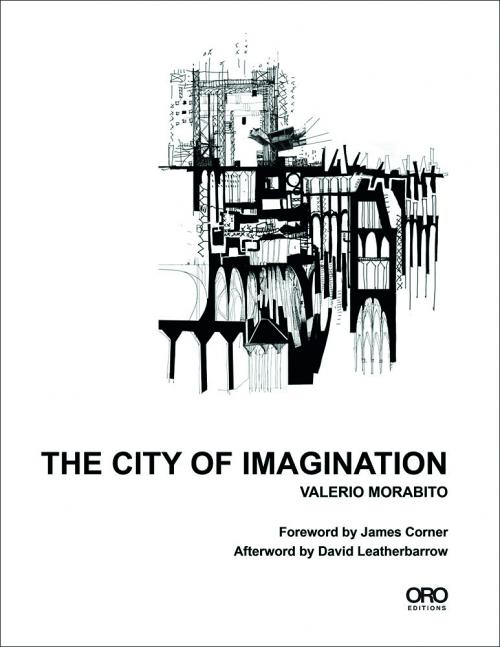