Ethics for the City
Richard Sennett

This book was my companion for some time. Building and Dwelling appears to be an easy read of a very personal narrative, but Sennett’s distinction between ville and cité is quite challenging. In reality it is a synthesis of Sennett’s lifelong observing, discovering, acting upon and moving on, both as a thinker and a maker. I went through his ‘ethics for the city’ in stages, arousing critical thinking about books on conventional approaches to urban design. Then I read it in reverse, moving backwards through Sennett's profound reflections, always related to a broad range of other thinkers, historic and contemporary, and illustrated with his own actions in practical situations.

Sennett starts by explaining what he means by ville, the built form, the product of the maker’s will, and cité, linked to cityoenneté, the lived experience, a sort of consciousness. He notices that ‘making derived from dwelling’ has turned into a separation between the two at present.

He asks, should urbanism represent society as it is or seek to change it? He stands on the side of the open city, fitting together the odd, the curious, the possible, implying diversity, tolerance and equality. For his pragmatic urbanism, it means following the path from the possible to the doable, but he queries whether his modest approach is possible for fast-growing cities. Commenting on the 20th century divorce between cité and ville, with urbanists concentrating on city-making, he analyses spatial-social segregation and the opposing effects of technology into either a nightmare or a place of promise. He focuses on five open forms which can make urban places positively complex: synchronous, punctuated, porous, incomplete and multiple. He explores how urbanists may achieve this in dialogue with urbanites. He then discusses how time disrupts the relations between ‘lived’ and ‘built’ places, citing the turbulence and uncertainties of climate change as an example which leads him to ask again whether ethics can shape the design of the city.

This skeleton description cannot do justice to the rich and complex content, presented as a dialectic between theoretical thoughts in natural and social sciences throughout urban history, and practical interventions by him and his team, mainly with poorer communities in cities damaged by decline or warfare. Let’s pick just two specific aspects of the interaction between the built environment and its uses which dominate current debates among urban designers. One is what Sennett calls the detached creativity whereby he compares the de facto Googleplexi ghetto, an apparently friction-free, user-friendly, shared space ‘in the city but not of it’, to places where resistance and internal tensions act as creative spurs for development and fulfilment. Elsewhere he compares the prescriptive smart city to the coordinative smart city. The former is closed, top-down, centrally techno-controlled, the other is open, using technology to coordinate not to control, serving people as they are to develop intelligence and to have more control over feedback. While discussing co-production he compares replicants to robots, the former a potential perceived threat and the latter sufficiently different to humans to encourage interaction. This third volume of Sennett’s homo faber trilogy is definitely a candidate for urban designers to take on a desert island. 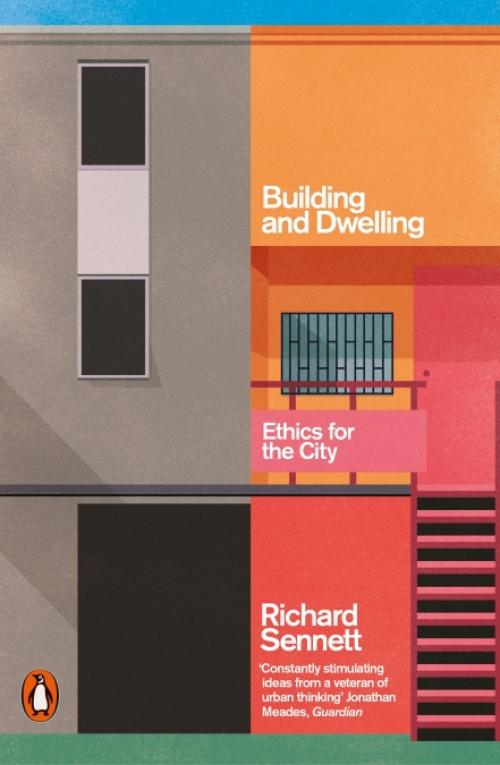