In a series of five sections with contributions from 19 individuals and guided by two editors, this constellation of material is presented in a lively, well ordered and illustrated manner. It is almost a conversation between experts.

Part one describes and defines what is meant by the Elderly and presents the concepts of both ageing and public space. In the second part, the notion of Elasticity and how the characteristics of spaces need to change to serve the needs of different groups, are discussed. The third and fourth parts look at the ideas of Agency, the ability of an individual to use a space, and Belonging, the experience of possessing a space. In the final part, the way in which agency and belonging can be brought together to create useful meaningful places is examined.

In order to bring order to the multiplicity of ideas and variety of contributors, each part is structured in a similar fashion. An introductory essay setting out the broad nature of the topic discussed is followed by an examination of the consequences of defining it this way. These first two parts are written by the editors and distinguished by being presented in a sans serif font. The more detailed sections that follow from individual contributors are presented in a classical serif font. This sounds complicated but works well in practice. Through each part, the margins are used to lead the reader to related sections elsewhere in the book. These function in a similar manner to footnotes but are more immediate and are marked by a simple ‘See’. Throughout, a series of asides or quotations are presented using a classic font and attributed to their source.

This energetic text is supported by carefully sourced and sometimes poignant photographs. Perhaps less successful is the use of reversed plans and text, i.e. white line drawings and text on a black background. Whilst this can make plans or drawings easy to read, studies have shown that reversed text can be more difficult to read.

The writing is generally clear, simple and readable. As is to be expected from such a widely drawn series of contributors – ten nationalities from seven disciplines – there are some linguistic oddities, but these are few and overall the book is more readable than other quasi-academic publications that grace urban design shelves.

There is a danger that by focusing on the needs of one age group, the book might appear to promote a fragmented approach to public spaces. The authors are aware of this and a section on Inclusive Boundaries follows one describing the sad decline of a multiplay street, into a fenced off football court – a warning to those who would destroy vitality for the sake of avoiding perceived hazards.

This is a well thought-out book, deliberately not a handbook or manifesto but a veritable cornucopia of ideas and explanations. Pity about the dull but distinctive cover. 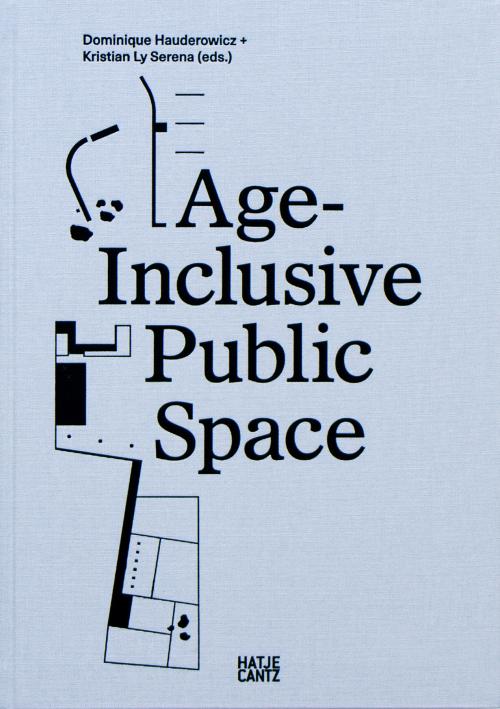