‘Space is big. Really big. You just won't believe how vastly, hugely, mind-bogglingly big it is.’ So Douglas Adams introduces us to one of the most important entries in the Hitchhiker’s Guide to the Galaxy. The Earth’s oceans need exactly the same sort of introduction: they are vast. They cover over 71 per cent of the Earth’s surface to an average depth of 3.6 kilometres, and are the engines of the Earth’s climate. They are capable of immense destruction with wind-waves of up to 30 metres, low pressure storm surges of up to 10 metres above normal sea levels, and tsunamis. Adapting Cities to Sea Level Rise addresses what to do to protect the waning 29 per cent of the Earth’s surface that is not yet flooded.

The book starts with a discussion of the latest research and forecasts, and mentions recent cataclysmic events, such as at New Orleans, inundated by the 8m storm surge created by Hurricane Katrina, or the rapid coastal erosion on the eastern seaboard of the USA. The chapters that follow describe the strategies being adopted by some of the world’s key cities with measures ranging from hard engineering defences through to increasing community resilience (a somewhat optimistic term for being able carry on after a serious flood). The strategies are not convincing; they read as if they are government propaganda for ‘don’t worry, we’ve got it all under control’.

The final chapters are a comprehensive catalogue of measures including sea walls, breakwaters, offshore reefs, soft defences and upstream measures. For each, there is a schematic diagram, bullet points listing their advantages and disadvantages, and a discussion on the design objectives.

There are some issues not covered by the book such as providing an underlying understanding of different types of beach, beach dynamics, and of terms such as runup, overtopping, littoral drift, fetch, and so on. There is nothing on costs and on the systems used to assess the economic viability of coastal defence schemes. Here, the use of discounted cash flow models can lead to wildly different conclusions depending on the discount rate used. The book awkwardly mixes descriptions of measures to address coastal erosion, flooding from the sea, and upstream flooding caused by rain, with sustainable drainage system techniques. The decision to use a single shade of blue to illustrate both fresh and sea water hampers the diagrams too. However, the richness of the coverage of the different measures and the discussion of how the brutalising impact of hard engineering can be avoided or moderated are to be commended.

This is a book that should be on the shelves of anyone involved in coastal defence. But the lasting impression is that against the impending enormity of oceanic onslaught, the available measures are but a finger in the dyke. 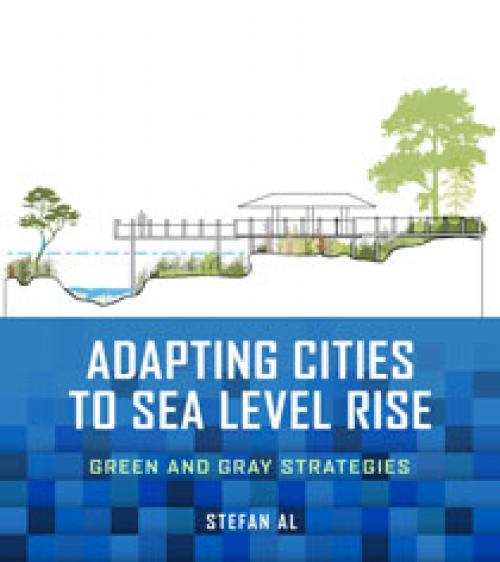