Frances Wright and Neil Murphy (TOWN) discussed two case studies on co-housing and co-living under the ‘stay-at-home’ restrictions. Helpful in dealing with the restrictions were: established relationships and communication channels; a shared vision and values; ownership control over decision-making; and adaptable spaces and funds. Both schemes had a range of shared spaces, guest rooms, utilities and communal gardens, but they also had private balconies and gardens. Car-free streets facilitated children’s play, and outside terraces were converted into live-work spaces. Intergenerational mixing benefited from mutual assistance, but the young lacked meeting spaces, so that communal areas like stairs made social distancing difficult for the most vulnerable.

Rachel Aldred (University of Westminster) focused on low-traffic neighbourhoods and their impact on healthier streets. Those least likely to use cars – the elderly, the disabled and children – are most adversely affected by them. As nine out of ten Londoners live in residential streets, local through-traffic should be removed to improve them. Waltham Forest in London was cited as an example of these Dutch-type adjustments.

Karen Wetherall (University of Glasgow) presented a longitudinal analysis of adult mental health and well-being during the three COVID-19 lockdowns, with a focus on suicidal behaviour. A national survey dealt with symptoms of depression, anxiety, loneliness, mental well-being and suicidal thoughts. Anxiety, depression and loneliness declined, while suicidal thoughts increased, with the highest rate among women, those in the lowest socio-economic groups, with pre-existing mental health issues and the young, which was of particular concern. The question was raised as to what extent well-being and mental health depend on daily life (living, working, learning, etc.), and access to nature being curtailed by restrictions.

Finally, Professor Zongbo Shi (University of Birmingham) discussed the abrupt but smaller than expected changes in surface air quality in cities, attributable to the lockdowns. During the lockdown, traffic dropped initially, but then increased to almost pre-COVID-19 levels. Cycling increased significantly at first, but then dropped back, while bus journeys after an initial steep drop, recovered to half of previous levels. Unfortunately, no data was presented on pedestrian movements, which are regrettably often left out in multimodal traffic analysis. The research queried the improvement of air quality due to these changes, attributing it to fluctuations in the weather. This shows the need for a coordinated effort to reduce all key air pollutants. 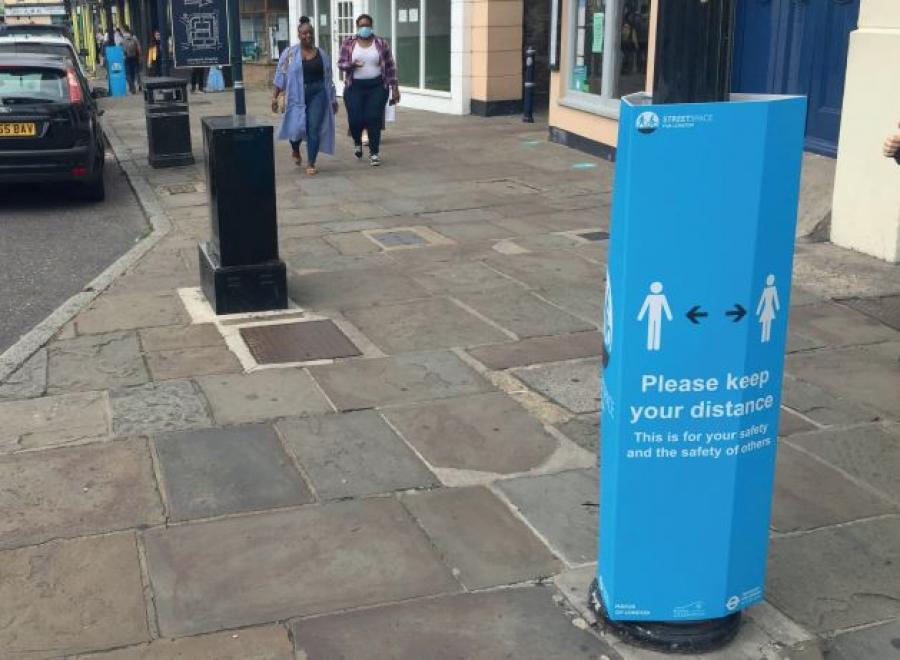 Convened and chaired by