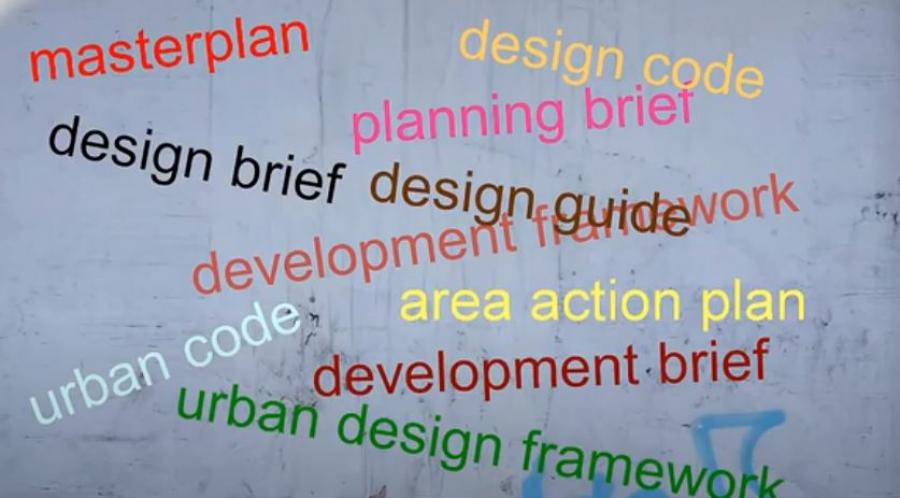 Design Codes are a key component of the planning system proposed in the White Paper. It states that:

“Local planning authorities and neighbourhoods (through Neighbourhood Plans) would play a crucial role in producing required design guides and codes to provide certainty and reflect local character and preferences about the form and appearance of development. This is important for making plans more visual and engaging. These could be produced for a whole local authority area, or for a smaller area or site (as annotated in the Local Plan), or a combination of both. Design guides and codes would ideally be produced on a ‘twin track’ with the Local Plan, either for inclusion within the plan or prepared as supplementary planning documents."

The idea is that development that conforms to code will fast track through the planning process.

The first uncertainty, is that while the White Paper makes clear that design codes are intended to work hand in hand with the proposed “Areas” system (growth, renewal, protected), it is not clear whether “Areas” are intended to be large scale, (such as town or district-wide) or site based, or a mixture of both. The White Paper refers to sub-areas, and also states that renewal areas could be “small sites within or on the edge of villages”, so perhaps it is intended that the Areas designation could include both individual development sites as well as larger tracts of land; as large as is reasonable or rational.

The second uncertainty is the absence of a clear and common understanding of what is meant by “design code” and design guidance.

This is discussed in the presentations.

Matthew Carmona explained that the White Paper proposed a move to a zonal system with three zones, underpinned by codes. Zoning can be an incredibly powerful tool, he said, but it can also be a crude tool, tending to lead to results that miss the complexity of interrelationships that exist in real cities. Coding can be equally powerful, but when applied across equally large areas, we have to be careful about what we code.  Coding of any type is no guarantee of good design – there are good codes, and bad codes.  Good codes tend to be site specific. They are created for particular sites and places, rather than generic: for whole areas or cities for example. Good codes tend to be used as a creative design tool, rather than simply as a regulatory tool.

The site specific codes are flexible because they are created as sites come forward, site by site; whereas codes produced for a whole city in at one single time tend to be inflexible. The site specific codes are tangible and this enables people to engage with them, whereas the large scale or generic codes tend to be abstract and difficult for people to relate to or understand.

Both types of tool are effective at changing outcomes, but the Place Alliance Housing Design Quality Audit showed that only site-specific codes are effective at delivering design quality - they are 5 times more likely to lead to good or very good design outcomes than poor or very poor outcomes. Why are they effective? Because they guarantee that a designer is involved the scheme.

European experience shows that some of the most successful examples of sustainable urban design have codes as part of the delivery mechanism.

The site specific codes need to be prepared across scales - addressing factors in an holistic way.

Codes do not exist in isolation and must work alongside strategic plans, highways standards, building regulations etc. But code can have a role that connects these, and ensures a good quality urban realm is delivered.

Matthew noted that National Model Design Code, was underway, and that planning White Paper was proposing local design codes. He thought that two sorts of code were needed:

Backing up the codes, we need Design Review to ensure the strategic and detailed principles are delivered.

He concluded by saying that there is no need for local authority-wide design codes.   It is much better to focus on the site-specific codes that people can understand and engage with.

In his presentation Matthew also referred to the CABE publication: Preparing Design Codes - A practice Manual

Rob Cowan asserted that there are many different types of design guidance and some of which are called design codes, which tend to be (but not always) more precise and prescriptive. The definition is confusing. As Rob is author of the Dictionary of Urbanism, this is probably as close to a dictionary definition as one is likely to get, at least for the moment.

Design codes set out more detailed rules and instructions for designing the two-and three-dimensional design elements of a site’s or area’s development. They can be particularly useful in complex situations where a number of different people and organisations need to come to an agreement about the form of development. The process of drawing up a design code can help people to find common ground and record their conclusions, in written and graphic form, in a way that will be easily understood by those who implement the development.

But, he warned, as with masterplans, many design codes are not implemented. Some are enormously long documents written to assure the planning authority that the development that receives planning permission will be of a high standard of design. Later, a developer applying for detailed planning permission may convince the planners that conditions have changed enough to justify the design code being set aside.

Rob suggested that the best design codes are the result of a great deal of collaborative work involving communities and stakeholders, and creative thought about the design of development that will suit that particular place. They clarify and streamline the regulatory process, reducing uncertainly.

What is coded will depend on the circumstances. Architectural style can be coded, but many codes specify matters of urban design such as building heights, building lines and types of street, and leave architectural style up to the designers.

Rob introduced a number of examples:

A code has to be enforceable. We need to decide what is important and why to insist on it, he concluded.

Katja Stille agreed with Rob and Matthew, that codes need to be tailored to different situations, contexts and briefs.  She also concurred with what they said about the ambiguous and confusing use of the terminology of guides and codes:  many local authority guides contain coding elements.

Some people say codes create good places in themselves, but Katja contended that Codes are neutral. The outcome depends on what is written into them, it depends on the process, and it depends on how they are enforced. A system is needed where more detailed codes can be created as more information becomes available and more design work has been undertaken. We also need to guard against a “cookie-cutter” approach that would lead to a loss of distinctiveness.

Robert Huxford is director of the Urban Design Group, and co-founder of PRIAN, the Public Realm Information and Advice Network, and a member of the Institution of Civil Engineers Municipal Expert Panel.

He has written a 4 page Briefing Sheet on the Planning White Paper.