The pandemic provides us with time to reflect on the kind of world we have been building. Do we continue to treat the planet and its resources as commodities to be traded for our own benefit or do we re-emerge after the crisis with a different set of priorities? Will we take short-term fixes for ourselves or leave something of value for future generations?

For urban designers there has long been a schism between what we value and what we too often build. The growth of our towns and cities since the mid-twentieth century has been a by-product of land-use planning whereby speculators in land bid for the right to sell land on to single-use developers, estate by estate.

So how might things be different when we step back out after lockdown? For most, the current changes to our lives are spatial, we stay home and away from colleagues. Will we revert to the same spatial patterns as before or will re-emergence be accompanied by a re-awakening to build the kind of towns and cities that we value?

Shops and shopping centres are closed while on-line retail booms. The viability of high streets has been precarious for many years but the current emergency will force lasting change. Town centres used to be about living, working, making and trading at higher densities where proximity facilitated human encounter. Policies to turn such high-density/mixed-use areas into retail zones by moving out housing, production and services to estates on the periphery over the last 50 years has made town centres vulnerable. We have built out of town shopping centres and then sought to turn towns into the same. Now we must revert to mixed-use town centres which offer more than retail zones A and B.

The office is also a relatively recent invention. One of the first purpose-built offices was completed in 1729 to house the East India Company in Leadenhall Street. For most businesses, however, the town house provided ideal accommodation and is still good enough for the prime minister. With everyone who can working from home, will we ever flock back to offices when we can work from home or out of a café?

Much new residential will move back into towns. New housing will also need to have higher space standards than today if they are also to be our offices and workshops. Housing in the UK has the meanest space standards in Europe and if that building stock is to serve us in the future it must be more flexible; miserly space standards build in obsolescence: long life, loose fit must be the mantra.

We are finding other ways to work and engage rather than travelling around. Nothing new, but the enforced use of the internet rather than old fashioned heavy infrastructure means that few will

choose to go back to a daily commute. It places a question mark over planned road-building projects and offers hope that the trend in urban areas to convert streets into roads - placing cars above pedestrians - can be reversed.

You don’t know what you have ‘till it’s gone – or forbidden for the present. The public realm of streets and squares is the common ground, in both a spiritual as well as geographic sense, that facilitates society. It has been eroded outside of conservation areas while it is difficult to think of a new high street or major avenue that can compare to those we have been gifted by earlier generations. The creation of a meaningful and memorable public realm must again be at the centre of planning, not an afterthought.

Urban parks - as distinct from the 40% ‘green infrastructure’ that accompanies new ‘strategic housing sites’ and usually comprising the bits that are difficult to build on – are valued the more when their use is restricted. Land-owners don’t compete to build parks so that is the job of planning.

There is no longer much point in zoning land for different uses. A local plan system which is based on fixing land-uses in different locations is no longer relevant in the new age of mixed and flexible land-use. A new kind of local development plan is needed which focusses upon movement structures and the public realm. Instead of making plans around land-use and leaving the movement between ‘sites’ down to ‘off-site requirements’, the new plans would set out the major streets in a collaboration between urban design and engineering informed by topography and microclimate. Plans would also incorporate new parks. There would be no land-use zoning, different uses would simply gravitate to those parts of the structure best suited to their function. Uses needing high footfall would to the best-connected streets and those requiring tranquillity to the least connected streets.

Such changes would need resources to be moved from development control to actual planning. The proposed new street structures would need to service sufficient land for development needs. Street design would also need to include simple design codes for building frontages. Developers would bid for the right to build out each part of the plan and planning authorities would need the characteristics and capabilities of a joint venture company to co-ordinate delivery.

We would be bequeathing future generations urban form and a public realm to cherish while allowing those who come after us to colour their use-maps according to the needs of their age. Perhaps we should have been doing this all along? 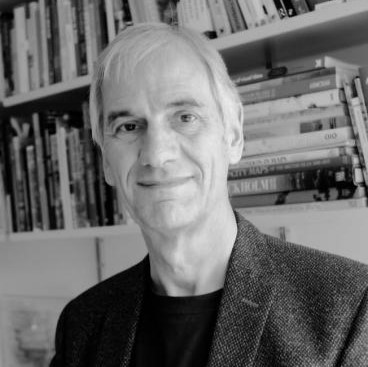