Before I built a wall I’d ask to know What I was walling in or walling out, And to whom I was like to give offence. Something there is that doesn’t love a wall, That wants it down.

The poet believes that walls are not always necessary to mark boundaries, contrary to his neighbour on the other side of this particular New Hampshire stone wall, which they are repairing together. The neighbour asserts ‘Good fences make good neighbours’, but Frost resists the homily: ‘My apple trees will never get across / And eat the cones under his pines, I tell him.’

Environmental determinism - the idea that our physical surroundings determine our behaviour - is a complex subject in which causality is typically difficult to prove. Although, as urban designers, we subscribe to the idea every time we add a line to a drawing of public space, imagining what we are enabling people to do in that space. But a wall is an unequivocal demonstration of determinism: it can physically prevent people moving from A to B.

There is an extraordinary example of this, closer to us than Berlin - the two walls built in Oxford in 1934 known as the Cutteslowe walls. A housing developer named Clive Saxton built a new development in north Oxford next to a council housing estate. Fearing that having council tenants as neighbours would discourage people from buying his houses, he separated the two estates by building 2m high walls across Wentworth Road and Carlton Road. They survived until 1959 when they were eventually demolished. Interestingly, a map shows that the two developments, large perimeter blocks of suburban houses with big gardens, are morphologically not that different from each other. Today, a blue plaque on 34 Aldrich Road commemorates the southern one of the two walls.

As I write this in November, another contentious urban wall is in the news. Built in 2002, and designed by the celebrated Japanese architect Tadao Ando, it is in Manchester’s Piccadilly Gardens. This curving wall encloses the square on its southern edge, separating it from Parker Street. It is in two parts: a 130m length sheltering on its concave side a pavilion - occupied by Café Nero - facing the square, and a freestanding 6m length. The demolition of the smaller part has just begun on the orders of the City Council. The pavilion is privately owned, but there are proposals to remove that too. In Manchester, something is there that doesn’t love a wall, that wants it down. Ando’s wall has been a focus of controversy for years. It is alleged that it blocks movement and prevents visibility in the square, even though the 130m part has a big opening at its centre, providing a formal entrance into the square. It is accused of causing all sorts of anti-social behaviour, drug-taking, public urination and sexual indecency.

Can a wall encourage people to behave badly? I imagine that if you asked a police officer you might get the answer yes. Conventional wisdom seems to be that any public space that is not open to 360° surveillance will lead people into delinquency. Manchester City Council identifies blocked sightlines in Piccadilly Gardens as a contributory factor in the anti-social behaviour there, which has given the square a negative reputation. I am not so sure. I can think of other secluded urban spaces where one is not likely to be confronted by people furtively shooting up, pissing or fornicating. Ando is a master of in situ concrete, and that is what his wall in Manchester is made from (although, it has to be admitted, not quite to the immaculate standard of craftsmanship achieved elsewhere). I suspect that a dislike of shuttered concrete is a large component of the perceived problem, part of the reaction against Brutalism; if the wall had been built in rusticated masonry with Ionic pilasters supporting urns, it would not now be undergoing demolition. I merely speculate. 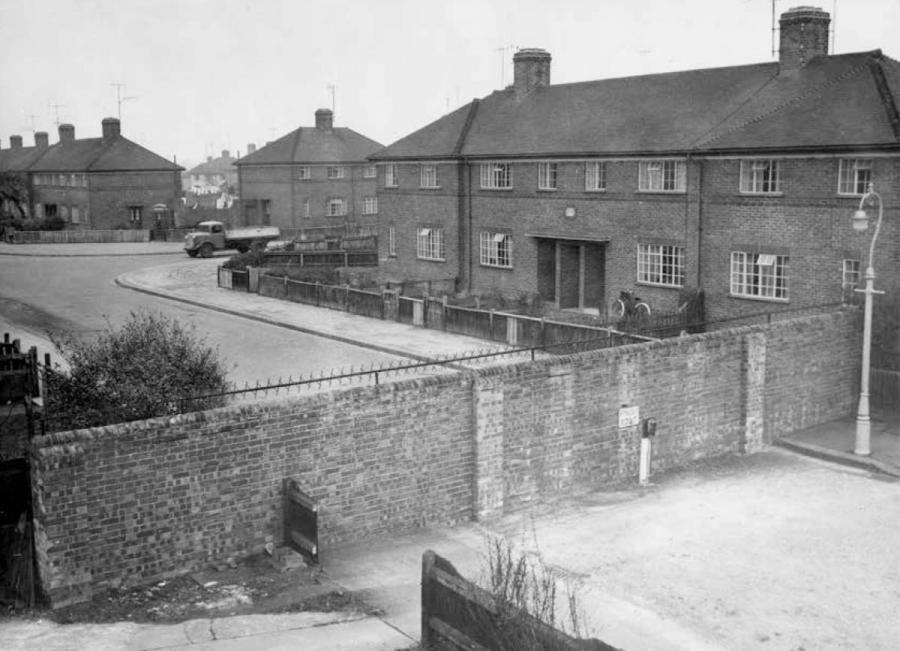 One of the Cutteslowe walls in Oxford 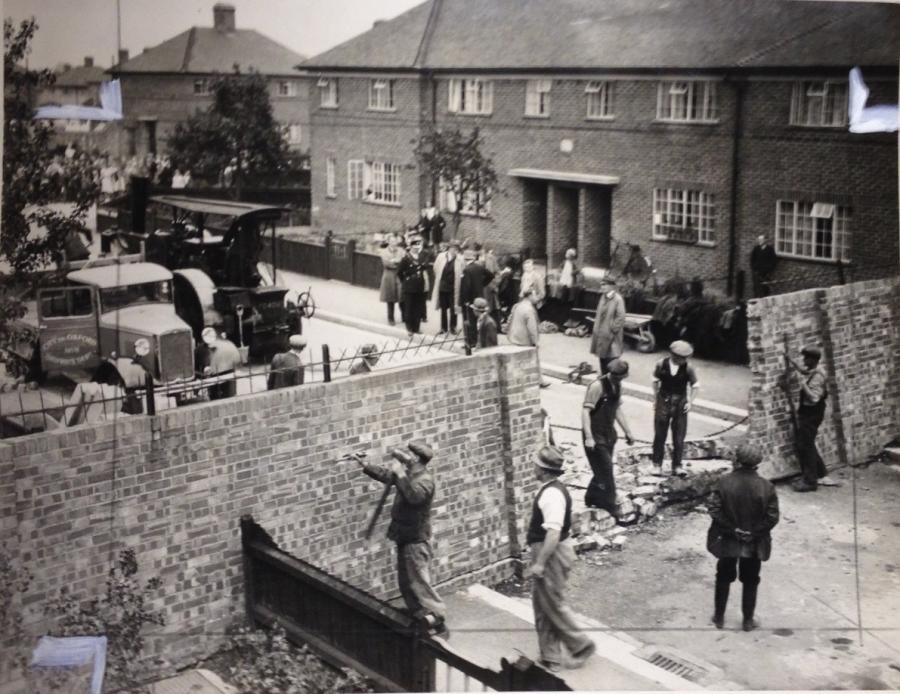 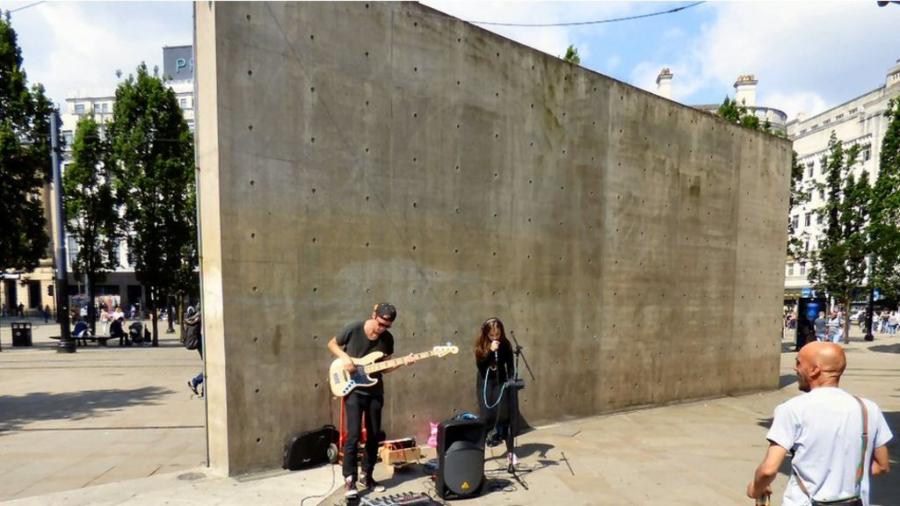