Ten years ago I wrote a piece about Digbeth for the March 2011 issue of Context, the journal of the Institute of Historic Building Conservation. I had just moved my office from one listed building in the conservation area to another, the Custard Factory. I reflected on the inherent diversity of Digbeth, and how planning policies generally are inadequate for protecting or generating this quality. Diversity, it seems to me, is something that human society produces naturally if conditions are favourable: it is almost ecologically determined. But the wellintentioned planning system, by defining standards and criteria which development has to meet, often tends to iron out diversity and replace it with uniformity, even if only inadvertently. It is only a local symbol of this process, but the saga of the Headington shark, in which its creator had to struggle repeatedly against authority to enable its survival, can stand as a small illustration.

Ten years later, I have vacated my office in the Custard Factory (actually the part of the original development now separately owned and called Zellig), moved out of Digbeth, and I am now like many others in Covidland working from home. I remain very attached to the district, and I fear for what might happen to its urban diversity. In the Context article I mentioned the inadequacies of the Conservation Area Management Plan, a cautious document which does little to generate diversity. ‘Local identity should be reinforced by the use of materials traditionally employed in the area, principally brick and slate’ it instructs. But there is in fact no homogeneity in Digbeth: that is part of its character. Although the Canal and River Trust promotes the public use of canal towpaths, ‘the creation of any direct access from the public realm to the canalside will not be allowed’: because that is how it was in the 1770s when the canals were a separate industrial realm. ‘Street trees are not a traditional feature of the area, and would not be considered an appropriate addition to the public realm’ ignoring the benefits that derive from the sight, shade, sounds and smells of street trees, let alone carbon absorption.

This management plan needs replacing, and a long-awaited Supplementary Planning Document, which will do this, is still not published. Will it recognise the special nature of this heterogeneous conservation area? I hope so, but I am not confident. Before Birmingham City Council appointed Urban Initiatives to write the 2010 Big City Plan, it asked Professor Michael Parkinson to write the socio-economic agenda for it. Parkinson was very perceptive about the nature and potential of Digbeth. He wrote: ‘This is one of the most exciting parts of the city, which has authenticity, grit, great buildings, waterways. In other cities it would be a jewel. It is absolutely critical that this area is developed in the right way for the city. It certainly must not be overdeveloped or sanitised by conventional development’. Historic England describes Digbeth as ‘cool, funky and beautiful, as well as dusty and noisy, one of Britain’s most varied, dynamic and colourful inner-city areas’.

But in June, the Planning Committee approved a proposal by Oval Real Estate covering about half of Digbeth, 17.5 hectares in all (since 2017 Oval Real Estate have been the owners of the Custard Factory and many other nearby premises). I wrote here in UD150 about its preparatory study. Contrary to conservation area policy, it proposes the demolition and replacement of many buildings, including ones which Oval does not own, and new development which also contravenes principles contained in the management plan. In making this extensive planning application, Oval demonstrated a very proprietorial attitude towards Digbeth. It is symptomatic that to contact Oval, you email hello@digbeth.com. This is related to what Hammerson did a short distance away: removing the public street since mediaeval times called Bull Ring, and replacing it with an indoor shopping centre called Bullring. That was also approved by the City Council, although to its limited credit it did insist that street direction signs continued to
indicate Bull Ring, even though it was no longer there.

Diversity has its roots in diverse ownership. With multiple ownership and occupation, spread across a variety of old buildings, diversity can grow naturally. But a big acquisitive developer aspiring to a monopoly of ownership, HS2 now actually taking shape a few blocks away, and politicians and officers who see no threat to urban quality in these events, all combine to create a threat to diversity. I have moved away from the front, but the sound of gunfire is clearly heard, and ominous. 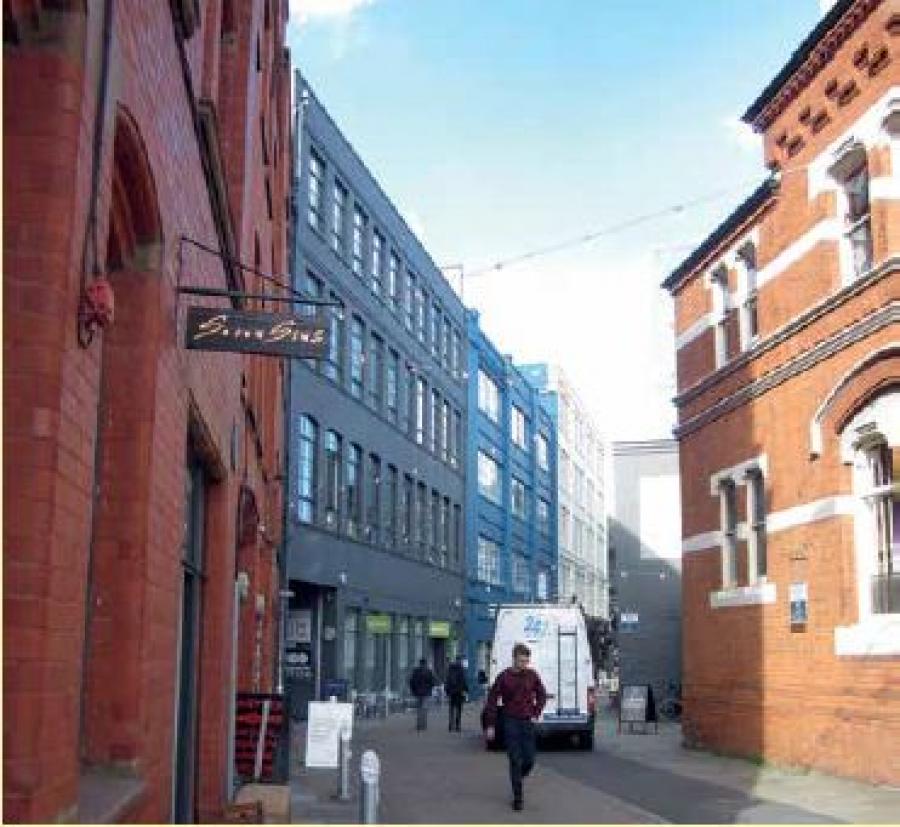 Digbeth, Birmingham: two more storeys are proposed to be added to the buildings on the left of the street in the Oval planning application 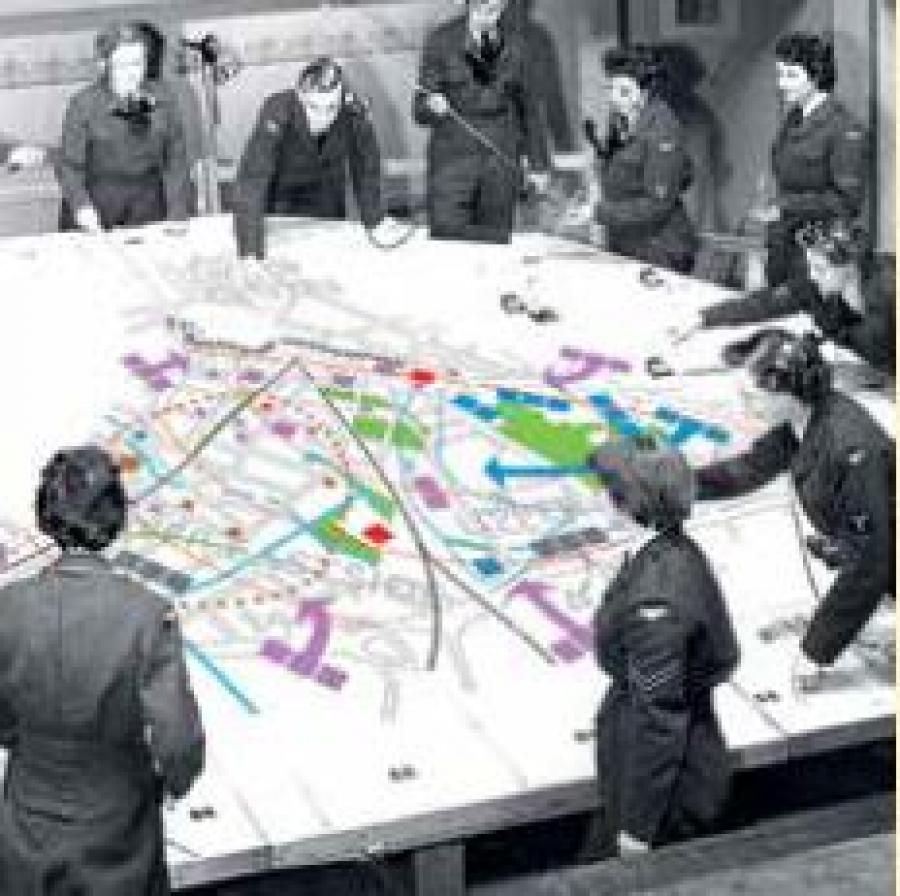 Stuart Mugridge, The Battle for Eastside, 2007. Urban development as warfare. In 2007 Digbeth was part of the Eastside regeneration zone