Over 750 participants attended this introduction to the National Model Design Code (NMDC) led by Joanna Averley, the MHCLG’s Chief Planner, as part of the new National Planning Policy Framework. Nicholas Boys Smith (BBBBC) introduced codes as assisting in restoring our vision of beautiful places and stopping rubbish from being built, by seeking the best in beauty and sustainability, and in the context of regional assessments. Jennifer Thomas, MHCLG’s Head of Built Environment, called for beauty to be a strategic concern, emphasising that it was a local matter, and for codes to promote ideas like every new street being tree-lined.

MHCLG’s Head of Architecture Andy von Bradsky emphasised the need for training workshops and the involvement of the Department of Food and Rural Affairs. He saw codes as kits of parts defining what goes into plans and seeking public engagement. The codes should be applied at different scales and need to be tested. David Rudlin (URBED) was concerned with process: analysis, vision for an area, and the application of the codes to achieve the vision. Guidance notes would be essential. Testing the NMDC is underway, and ten pilots are planned.

Leo Hammond (UDG) saw the package as ‘a toolkit for talking’; there were questions regarding high-rise buildings, why there was a need for more guidance when guidance about codes had been provided before (the new NPPF requires it), and a concern about co-operation between two-tier authorities.

A discussion panel followed: Mandar Puranik (London Borough of Sutton) welcomed the prospect of consistency through national guidance, if used on an area basis as in the new London Plan. Laura Alvarez (Nottingham City Council) felt that a mechanistic code could erode character, but that this could be countered with public involvement. Chris Lamb (Design South East) was concerned about the lack of design skills and the need for training and design panels. Collaboration is essential, not just consultation, according to Vidhya Alakeson (Power to Change). Sowmya Parthasarathy (Arup) raised the importance of the location of developments and the need for strategic vision. Andrew Taylor (Countryside) argued that the codes should be for all, including developers. This was an intense two-hour session and it was a pity that MHCLG did not record it for those who could not attend. 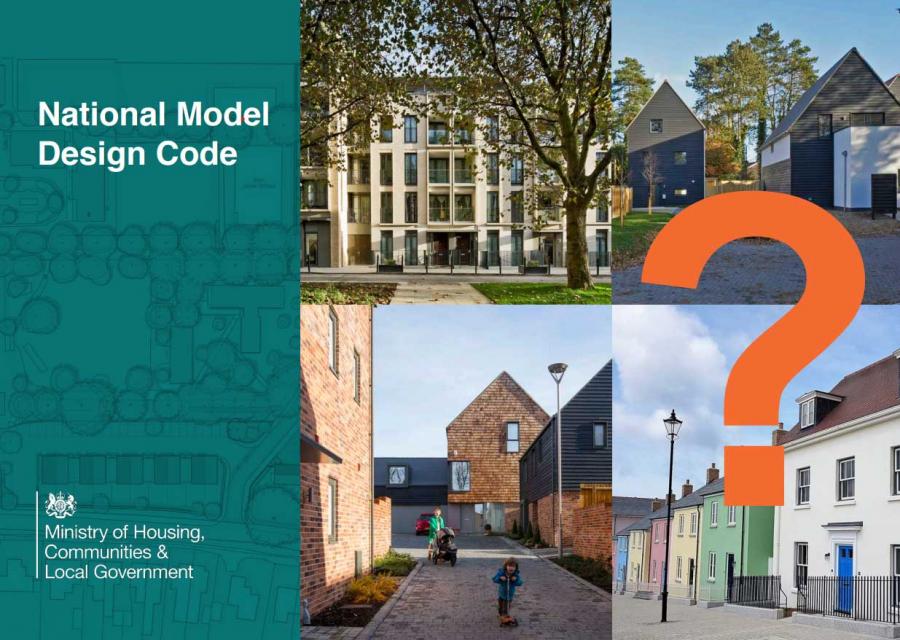