At last year’s UDG annual conference I ran a quiz on Great Streets, asking participants to identify pictures of European streets in Allan Jacobs’ book of the same name. I did consider putting in a rogue picture in order to confuse. The one I had in mind was High Street Deritend in Birmingham, which I rate as the most unpleasant street in the city centre. It is a mediaeval street, which originally connected the small town of Birmingham around the marketplace of the Bull Ring to the village of Deritend, on the other side of the river Rea. (See My Favourite Plan in UD150). Its winding mediaeval footprint has persisted through centuries of change. Some fine buildings survive on its northern side, including the city’s oldest building, the late 15th century Crown pub. But the street was widened on its southern side in the early 20th century, destroying everything there, with later redevelopment of poor quality. Much of this is now proposed in turn to be replaced by new residential developments. These include the Stone Yard development which I wrote about in the previous Endpiece.

High Street today is an aggressive six-lane dual carriageway, dominated by vehicles, difficult to cross on foot, and presenting an unattractive ten minutes’ walk from the Bull Ring over the river to the Custard Factory in Deritend. It is a travesty of an historic street. But a saviour is at hand. Or rather two, a combination of a new tram route promoted by the arrival of HS2, and the proposed new city centre Clean Air Zone. Birmingham, the original car-mad city of the 1960s, is finally doing a three-point turn, discouraging and restricting the use of the private car, and investing in public transport. A coalition of the City Council, the Combined Authority’s Transport for West Midlands (TfWM), and Midland Metro has proposed a total transformation of High Street, catalysed by the introduction of the new tram route.

Some years ago, I observed that the widened High Street had the same dimension between buildings on opposite sides, about 33 metres, as one of Jacobs’ Great Streets, the celebrated Las Ramblas in Barcelona. I suggested that it would be possible, given the political will, to transform High Street into another similarly great street. My son James drew a perspective drawing to show how it could look. Now it could be happening. Six lanes of traffic will be reduced to two, and in fact it will no longer be possible to drive from one end of High Street to the other. Many people wedded to their cars are going to be very upset by this. The road space removed will be replaced by a wide pedestrian promenade. This will not be in the centre, as in Las Ramblas. I proposed it should be on the northern side, where it will be sunniest, and this is being done. The road and bus lane will be next to it, with the tram tracks on the southern side. It is critical that a lot of money be spent on tree planting, to make a real boulevard. I would love to see big plane trees there, throwing their shade over the promenade as in Las Ramblas.

I am writing this shortly after submitting my response to the public consultation on the scheme at the Custard Factory. But I also have just given a talk about another road scheme catalysed by public transport changes, also currently proposed by the City Council and TfWM, for Moseley Road in Balsall Heath. Here it is road widening that is proposed, to accommodate an additional bus lane, not road narrowing; so a reduction in pavement width, not an increase, and the consequent felling of existing mature street trees, not the planting of new ones. Here also the Clean Air Zone is invoked as a justification, and the improvement of public transport. But in this case the net impact on the environmental quality of the street is negative, as opposed to the positive transformation that is proposed for High Street Deritend. It is striking how the same progressive motivations can produce diametrically contrasting results. 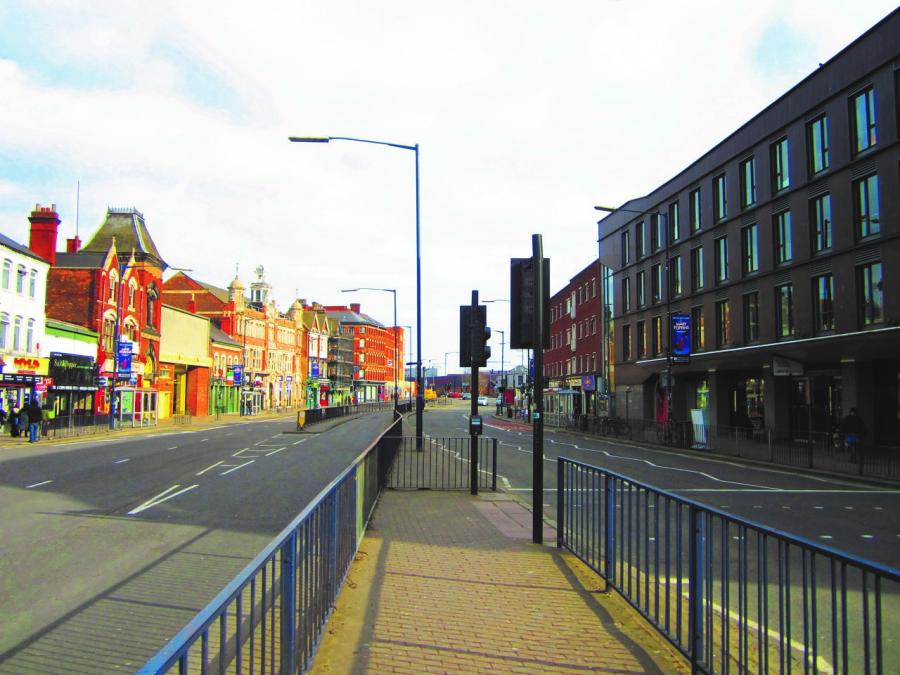 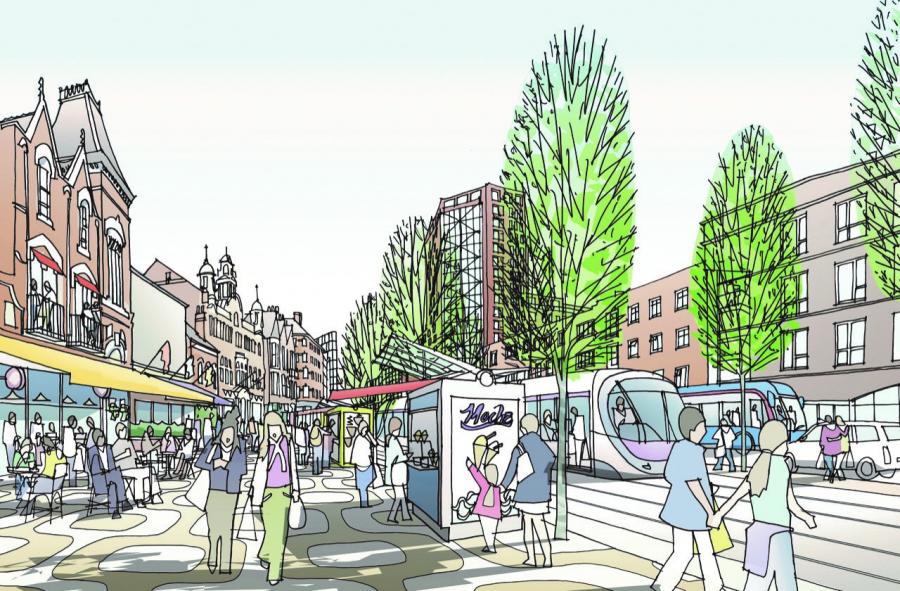 High Street and its proposed transformation