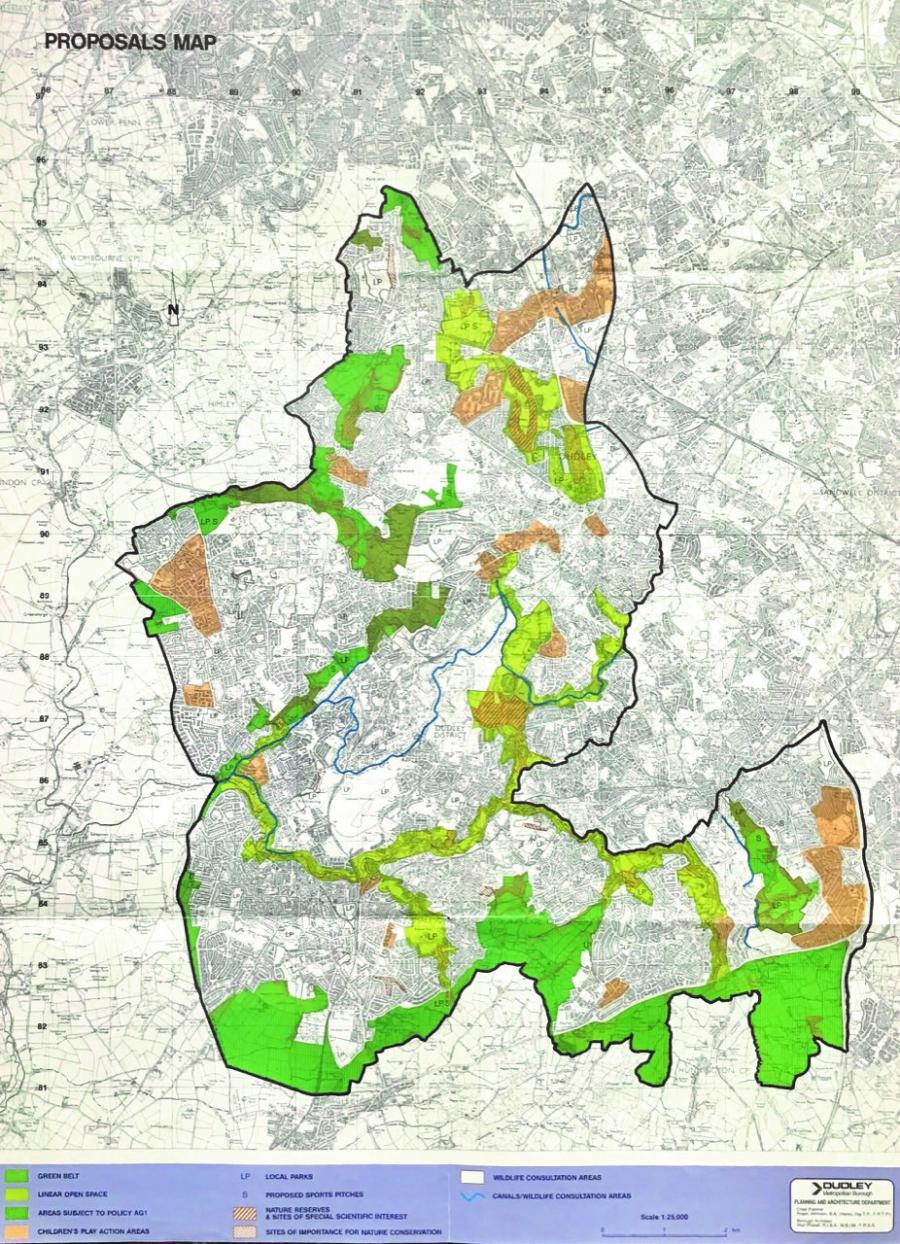 Dudley Green Infrastructure Plan, Dudley Metropolitan Borough Council, 1989 … but it was not called that! Its correct title was the Dudley Recreation & Open Space Subject Plan prepared and adopted in the mid-1980s under the planning regime of the time.

It established, for the first time on a statutory basis, a network of green spaces across the borough important for their landscape, recreational and nature conservation value and potential, for the shape that they gave to urban structure and for the role they could play in urban regeneration.

The Plan placed green infrastructure issues on the map, literally and metaphorically, and demonstrated their vital role as a basis for strategic as well as local policy development.

It was presented in A0 poster format with a plan on one side, and text, arranged to be read as an A4 fold-out, on the other; it was therefore easily digestible (albeit supported by technical appendices for the avid reader) and its place on many walls served as a daily reminder of its messages, not just of its policies and proposals, but also of the importance of multi-disciplinary working and of holding decision-makers to account.

It broke what was then new ground, and it had real power and influence in the development of planning practice and in wider policy development and resource allocation. It also set the tone for policy-making in the Black Country and beyond for decades to come.

By establishing a green infrastructure network and urban structure upon which to base regeneration and development decisions, the Plan illustrates the importance of urban design in spatial planning, at the strategic as well as the local level.

It demonstrates that a three-dimensional and multi-disciplinary approach to two-dimensional plan-making is vital for success. The Plan emphasises the importance of land use as an essential component of place, and that plan-making is much more than allocating land for development. It provides the fundamental skeleton for place-making and the priorities for investment in infrastructure grey, green and blue, and it sets the agenda for zoning, masterplanning and design codes.

Finally, it shows what can be achieved by a small committed team (thanks here to Chris Green and Steve Winterflood), that not only can leave a lasting legacy but also become life-long friends. 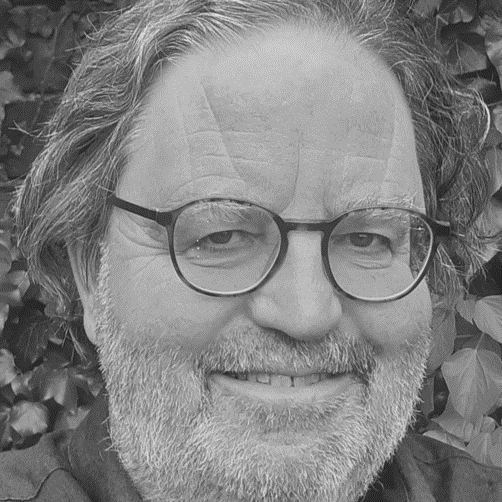 Experience
Extensive public sector practice at all spatial levels and across a wide spectrum of contexts; most recently Strategic Director of Regeneration & Development for Solihull Metropolitan Borough Council. Past President of Planning Officers Society, adviser to government departments and external Examiner for University of Birmingham.