I have chosen the plan Evolving Lobtau, Reviving the town for Dresden as my favourite plan because it demonstrates how a plan can be pivotal to positive quality of life changes in a run-down area. My introduction to it came as a surprise, which no doubt added to my delight in the place.

In 2015 a Professor of Landscape at the University of Dresden invited me to speak to his students and while there I was taken to see various places of interest including Lobtau, an old industrial area not far from city centre. Lobtau had a good feel to it as a place to live and work as a result of the quality of changes that had taken place over the last few years, and which are ongoing. These changes have taken place in the context of a plan highlighting the creation of a green corridor, redesigning public spaces, the sustainable renovation of old buildings and some new development.

Lobtau was an old settlement that grew rapidly in the 19th century with small-scale industrial units on the river bank and much new housing for industrial workers, mostly flats in four and five storey detached blocks. The area suffered from bombing at the end of the Second World War and subsequently declined further as the industry departed. After the war it was not rebuilt but left to decay until reunification. In 2003 the plan to guide change over the next 10-15 years was produced by the City Council; it included areas for redevelopment, improvements to existing buildings, streets, parks, the green corridor and landscaping. The Council also managed the implementation with a locally-based co-ordinator, some external designers, an emphasis on engaging with residents, and working with the university and its students.

Walking round the area on an ordinary Friday in June it felt alive, calm and attractive, with a lively central shopping and commercial area, renovated and new homes, attractive green areas and trees, especially on residential streets, streets reconfigured to be attractive for pedestrians and cyclists, opportunities for imaginative play, and the green corridor – a new park following the river on old industrial land. What was particularly noticeable was the integration of the old and new, with industrial remains being incorporated into open spaces, the presence of small, but engaging, public art, and opportunities for residents to grow flowers and vegetables on small plots as part of the landscaping adjacent to their homes.

The combination of the plan, and the way it has been implemented over time so that all elements are considered as part of the whole, but treated individually, is what has given the area its character, integrating buildings, improved streets and landscaping, with an emphasis on detail, care, thoughtfulness and imagination applied at different levels. It demonstrates what can be achieved in run-down areas with an overall plan, a holistic approach and continuity. 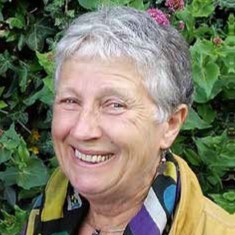 Specialisms
Neighbourhood regeneration in areas of multi-deprivation, resident engagement in plan-making and implementation.

Ambitions
To see existing places improved, with some development, and bring delight to those who live, work and visit them.