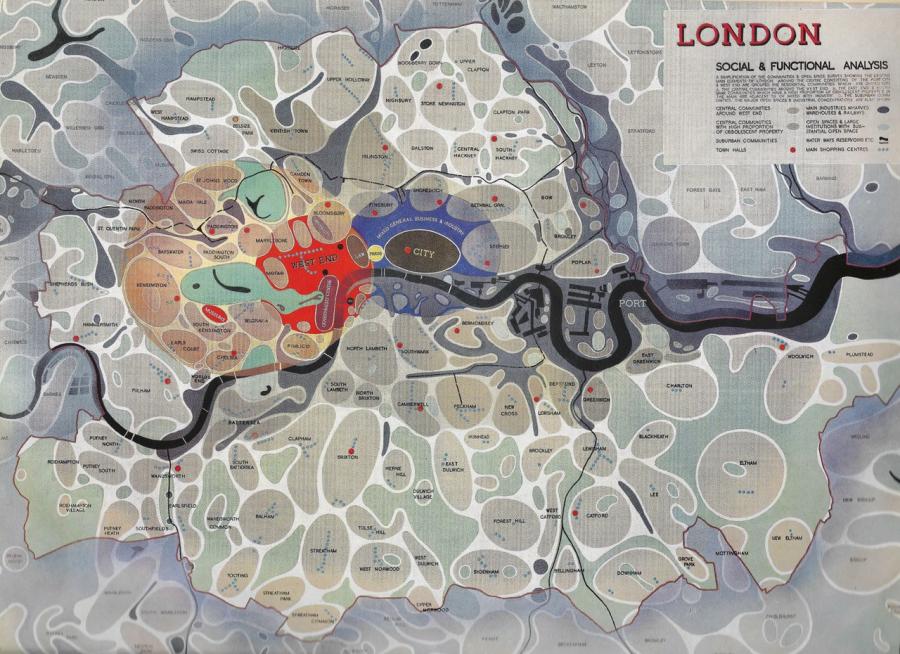 Let me confess: I wonder if my favourite plan is really a plan or a map. Certainly it is a graphic representation of abstract ideas presented on a map. It is not a plan in the sense of a statement of intent. It is a step on the way to a strategy, and part of the process that Geddes summarised as ‘survey-analysis plan’. It comes from the County of London Plan of 1943 which, together with its sibling the Greater London Plan of 1944, set the framework for London’s development for the next few decades. Plate 1 is grandly titled Social and Functional Analysis and is at the opening of Chapter One of the plan. It sets the scene for the whole document.

The plan summarises some very abstract notions in a simple manner. It gives an immediate impression of the topography of the area and the way that the communities saw themselves. It does this without using the road pattern to define the relationships between the areas. Through the use of colour, it demonstrates how valleys and areas of countryside work to define urban areas. It also shows how some places have special functions: the City and the West End, for example, and how these may overlap communities.

WHAT WE CAN LEARN FROM IT….

The most important lesson is that roads are not the skeleton that shapes an area. Communities have a focus, and are limited by topography. As Christopher Alexander said: ‘A city is not a tree’. It also shows that colour can convey complex ideas. The biological image is memorable. It shows how communities step over boundaries, and that in plan-making we should not be constrained by them. Perhaps the most important lesson is not to be learned from this drawing alone: it is that, however deep the thinking or the analysis, a strategic plan is only as good as its means of implementation. Some elements of the plan were achieved: the satellite towns were built, but little of the subsequent restructuring of the inner urban area. Individual communities still struggle to retain their special character. What does it mean for urban designers? It shows how important the localising of the city is. Urban design is uniquely equipped to identify and exploit those features that make a location special, and enable the creation of a humane city. This plan shows at least how a starting point for place-design can be set down. 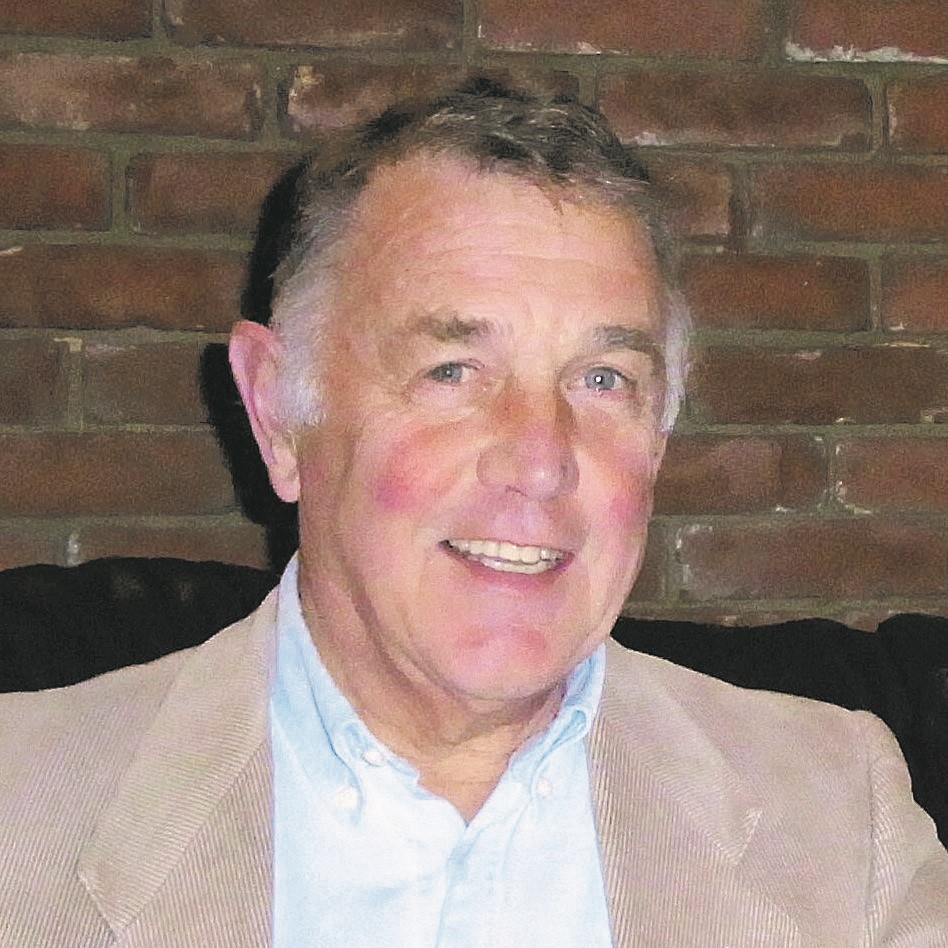 Ambitions
To see urban design widely appreciated by, and accessible to, the public at large and to avoid the homogenisation of our cities.