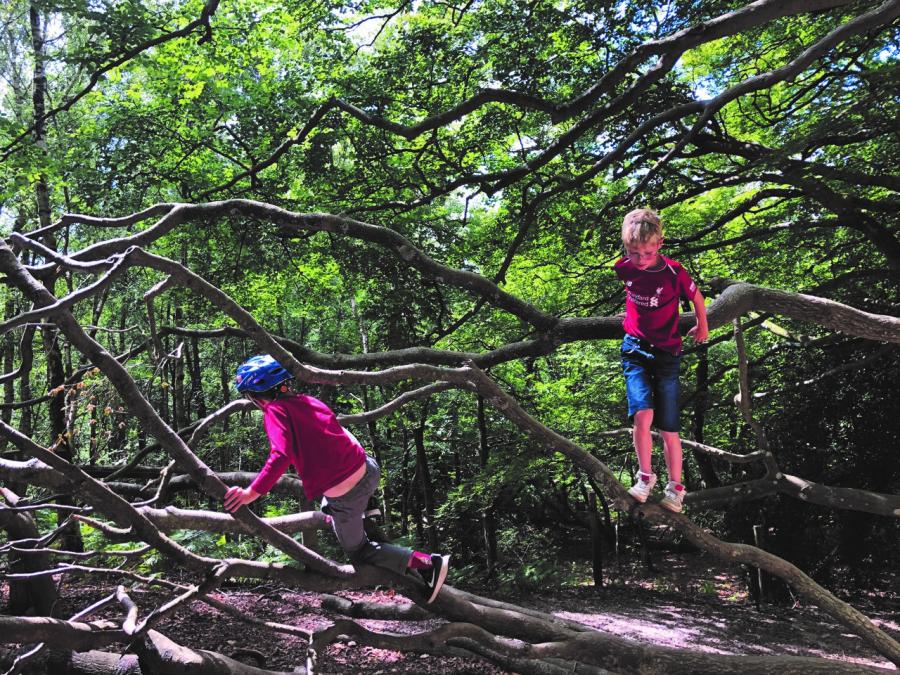 After a hiatus in the first six months of the pandemic, a growing amount of research, strategies and action is now starting again. A number of organisations have recently issued research and strategies designed to steer a path to recovery and climate resilience. Here are a few examples of some of those recently announced.

The health benefits of more ecologically rich green spaces have now been shown to include protection from disease. Research in Finland found that children who play in more biodiverse settings have stronger immune systems, and that encouraging more biodiverse habitats in urban areas could help counteract immune deficiencies.

The City of London has just adopted a radical Climate Action Strategy that will steer how the City operates and the nature of future change in the centre of London. Most significantly, the City has adopted a target of achieving net zero-carbon across the Square Mile by 2040. This is 10 years in advance of the current national target. As part of the strategy, the City has committed to transform the Square Mile’s public realm by adding in more green spaces, urban greening and flood resistant road surfaces, as well as updating planning requirements to ensure that new developments include carbon reduction plans in their designs.

The London Borough of Enfield has also made big strides, adopting a climate action strategy for the borough’s Meridian Water regeneration project. The strategy has been compiled by consultants Useful Projects with the council.

The work on the environmental strategy for Meridian Water is part of the Foreground project being led by the UK Green Building Council and co-funded by EIT Climate-KIC. It will have far-reaching benefits for urban designers working in the UK as through this project a Playbook will be prepared, which will use everything learned from the Meridian Water approach to provide guidance for large-scale development schemes across the country.

The Grantham Research Institute on Climate Change and the Environment and the London School of Economics recently released their Green + Gilt proposal. The proposal is targeting the run-up to the COP26 climate summit in November 2021 and seeks to build on the UK’s tradition of leadership in climate action and global finance. The Green + Gilt proposal suggests that ‘the urgent need to rebuild the economy in response to the COVID-19 pandemic provides the government with an opportunity to issue a sovereign bond (gilt) that supports both a green recovery and social renewal’. The proposal advocates creating funding for projects that contribute to a resilient, net zero economic recovery.

In Sittingbourne in Kent, a breakthrough project has started construction. Six zerocarbon homes are being delivered on a vacant site in the Murston area of the town. The three-bed family homes for rent are being delivered by Public Sector in partnership with NetZero Buildings. Homes England is part-funding the scheme and modern methods of construction are being used to deliver airtight forms with well-insulated walls. Photovoltaic solar panel roof tiles are also being used, so that the properties generate their own electricity. Whilst it is a relatively smallscale project, the development will demonstrate how zero-carbon family housing could be more easily delivered at scale.

In other news, HS1, the high-speed train line that links Kent and London, is to become the first railway to run entirely on renewable energy. HS1 have confirmed the Renewable Electricity Guarantee of Origin (REGO) certificates required to allow them to report zero-carbon emissions across both their trains and stations.