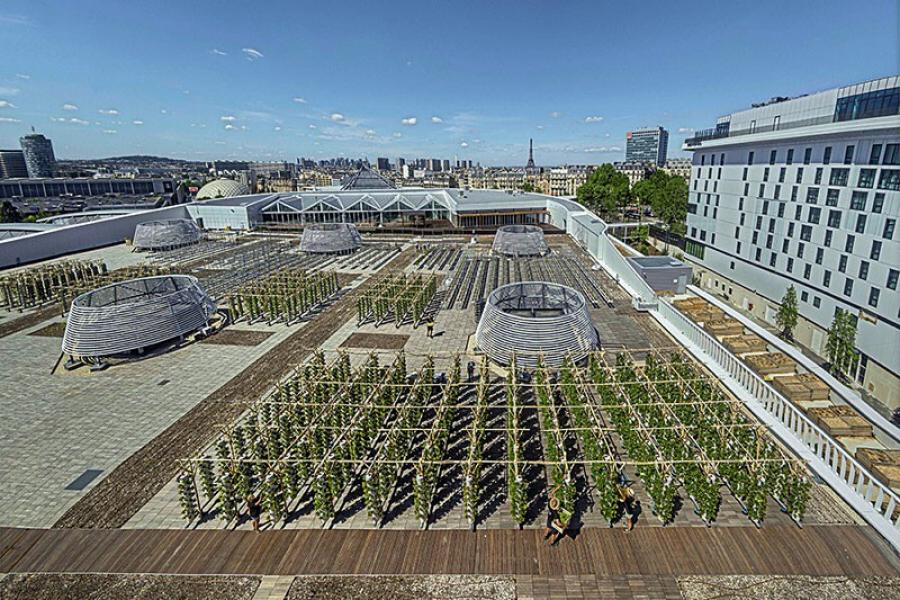 The implications of the current pandemic on the climate crisis continue to dominate debate and research, in particular, the degree to which the pandemic might allow more significant gains to be made with respect to climate change mitigation and adaptation. This article highlights some of the most interesting early findings and the projects leading the way.

Earth Overshoot Day happened on 22 August this year, more than three weeks later than it did in 2019. This is the day on which ‘human consumption exceeds the amount nature can regenerate in a year’. COVID-19 has meant a 9.3 per cent reduction in the global population’s ecological footprint. The Global Footprint Network, which calculates each country’s footprint and is behind the initiative, has recently developed a new platform to share examples of projects on the ground. The Move the Date Solutions map platform allows anyone to upload information and photos of realised projects and programmes, with the aim of becoming an authoritative collation of action on the ground. It already includes a number of community projects in the UK. As the content grows, this could prove to be very useful information for urban designers.

The UK Committee for Climate Change published its annual report in June stressing that the Government ‘must seize the opportunity to turn the COVID-19 crisis into a defining moment in the fight against climate change’. The report sets out a series of recommendations in order to achieve this, including the retrofit of existing building stock, significant tree planting and re-wilding, as well as the public sector leading by example on positive behaviours for low carbon working patterns.

New research into the role of green infrastructure in cities has shed new light on the importance of certain types of spaces for pollinators. The research has shown that urban gardens, community gardens and farms, and roadside verges are key to supporting bee populations, due to their diversity of plants and the absence of pesticides. In contrast, the research found that many large parks in urban areas had low visitation rates by pollinators. The messages from the research are that small scale unplanned (and unmanaged) areas need to be integrated into cities, and that the diversity of spaces in urban areas needs expanding.

An interesting project which will have great benefits for pollinators is the world’s largest urban rooftop farm recently completed in Paris. On top of one of the pavilions of the Paris Expo Porte de Versailles, this 14,000sqm urban farm includes commercial growing space, allotments and a restaurant.

A world first has been proposed in Scotland as a huge step forward to clean energy. The H100 Fife project will be the world’s first green hydrogen heating network. In Phase 1 the network will heat up to 300 local homes using clean gas produced by an electrolysis plant powered by offshore wind energy. The project will be the first of its kind to employ a direct supply of clean power to produce hydrogen for domestic heating. In Phase 2 a further 1,000 homes will be linked to the network. This project is evidence that the cost of the required technology is starting to come down now, driven by developments in Asia.

A PLAN BEE FOR CITIES