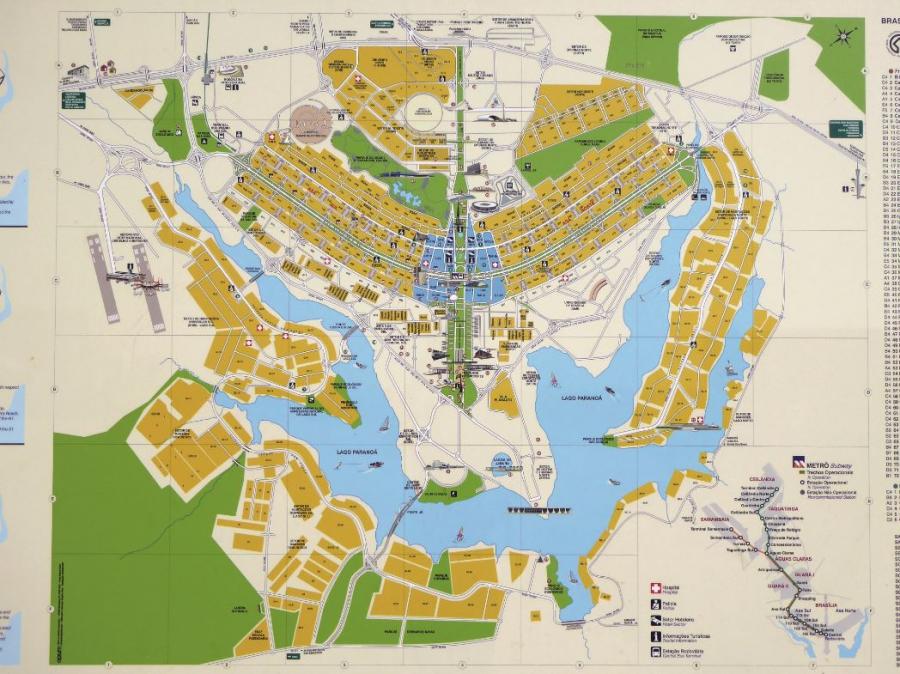 I love the clarity, conviction and design symbolism behind Lucio Costa’s 1957 master plan for Brasilia, the new capital of Brazil. The simple concept behind the plan form was an aeroplane, paying homage to the incipient jet age (although some suggest it is based on a hummingbird).

Land uses are highly segregated and symmetrically distributed around specific elements of the plan. National and regional government buildings are located in the cockpit, symbolising their function as leading or navigating the country into the future, a brave hope indeed. The fuselage houses other administrative and key public buildings that front on to a linear park running along the Monumental Axis. Housing is allocated along the two wings, with dual carriageways running through the centre of each wing forming part of the main highway network serving the city. Each neighbourhood unit, called a superquadra, measures 300x300m and takes the form of perimeter blocks enclosing pedestrian courtyards. The blocks, varying in height up to seven storeys, sit on piloti, allowing public space to flow through from the street into the internal courtyard. Every block has local facilities and a primary school within 800m of every home. A high degree of separation of pedestrians and vehicles is a key principle of the layout, with clear references to the ideas set out in Corbusier’s Ville Radieuse and the pioneering housing layouts in Radburn, New Jersey, which were then being built.

A remarkable feature of Brasilia’s development was the speed at which it was built. The then president Juscelino Kubitschek announced that he would deliver ‘50 years of economic and social development in five years’. Amazingly, the city designed for 500,000 people was built from scratch in 40 months!

Costa worked in close collaboration with Oscar Niemeyer, ensuring that the symbolism inherent in the master plan was carried through to the design of key public buildings, such as the stunning cathedral and the iconic National Congress Palace. The fusion of Oscar Niemeyer’s sculptural and modernist architecture with the clarity and symmetry of Costa’s master plan has produced a unique new city that is internationally recognised and which gained UNESCO World Heritage Site status in 1987.

The segregation of uses, and vehicles from pedestrians, and the focus on buildings within a landscape rather than the creation of streets, is now a discredited approach. Indeed, the capital today does have a somewhat soulless feel despite the sublime architecture. However, Costa’s master plan deserves recognition because it set out a confident vision of a new future. We need more plans that try to do that. 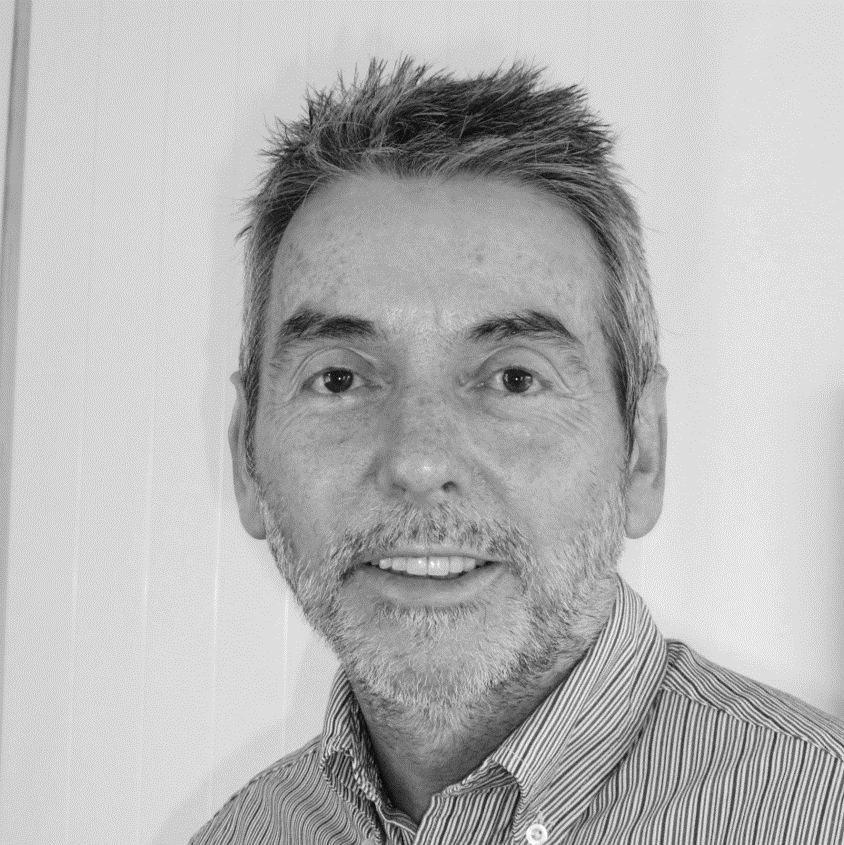 Current Position
Town planner and urban designer. A long-term judge for the Housing Design Awards, and Built Environment Expert with the Design Council. Previously Assistant City Planning Officer at Leicester City Council, Director of Environment at Telford and Wrekin Council, and Chief Executive of MADE.

Specialisms
Urban Design with particular experience in city and town centre regeneration and development, as well as major urban expansions.

Ambitions
My ambition is to improve my sketching and painting skills.