Part of a wider research project called The Street Life Project, this book was accompanied by a film of the same name. William H Whyte (WHW) refers to the book as a manual for creating successful and interesting public spaces that people want to use. His findings were based on observational research - getting out there and looking at people - as well as on the ground-breaking use of time-lapse photography in New York. It is this aspect that makes the research so interesting; WHW was one of the first to conduct field research in this way, taking urban design to the streets. Our established theories, planning policies and design flare were all tested and challenged to give greater insight into how people actually use and want to use space.

There is no doubt that this is a fantastic manual, and every urban designer should have a thorough understanding of WHW’s work. But we should not be afraid to ask if as a design manual it is still relevant today? The answer to this has to be yes, but it is worth exploring the shift in attitudes and public behaviours over the past few of decades. WHW speaks about how public space brings people together, not only providing places for friends to meet and chat, but also for strangers to enjoy the company of the crowd. Of course friends still meet in public spaces, but to our detriment, the idea that we should interact with strangers seems more outdated. As revealed in the book and especially by the film, at the time of these investigations, people for the most part, remained relatively comfortable in the presence of strangers. There may have been other reasons for this: New York’s plazas were full of very similar people, perhaps colleagues from the towers above. Nevertheless, in a big bustling city like London we rarely see such ease of interaction today, suggesting that people are less trusting of others.

Consequently, even the most commonplace interactions now seem more difficult; people sit by themselves and use a bag to block the adjacent seat, effectively saying ‘keep your distance’; or achieve the same effect by plugging in iPod headphones, diminishing opportunities for spontaneous interaction. The collapse of these spontaneous exchanges creates a very different context for public space design today. Unfortunately it can lead to over-designed spaces which attempt to compensate for what in fact are social changes.

However this manual remains very relevant, and we should still look into it when thinking about and designing spaces. WHW highlights the importance of sitting. This is of major importance to successful public spaces but is often contentious in the design process today: people worry that adding seats in public spaces will simply attract others to sit there and drink alcohol all day. Yet there are plenty of examples to the contrary. Brighton’s New Road is a good example where a huge amount of seating attracts people to sit and enjoy the space, oblivious to the drinking community in one corner who used to dominate the space due to the overall lack of seating. WHW is still right to say that ‘the most popular places tend to have considerably more sitting space than the less well used ones’, and ‘places designed with distrust get what they were looking for, and it is them ironically, where you will most likely find someone drinking’.

Digging a little deeper into WHW’s research, an interesting parallel jumps out: the book has a section on ‘Undesirables’, one of the first urban design research projects to focus on the issue. It is the discussion concerning fear and nervousness in the public realm which is still relevant and something we must increasingly address. Fear and nervousness can play too great a role in delivered schemes, and fear can dictate how many benches we have, which areas are gated off, and how many tired signs we see: No Ball Games, No Loitering, No Skating (ie. No Fun).

For Whyte ‘the best way to alleviate this fear is to make places attractive to everyone’ and to every activity; this is illustrated in an account of one plaza ‘where pot dealers began operating’. As a result ‘half the benches were taken away, and fences constructed on two sides… [this] cut down the number of ‘ordinary’ people who could use the place, only serving to delight the pot dealers, who now had it much to themselves and their customers’. To my mind it is these sections of the book - using evidence to dispel fears - that offer great lessons for us today.

It was Paul Goldberger who said that ‘WHW believed the greatest lesson the city has to offer us is the idea that we are all in it together, for better or for worse, and we have to make it work’. Call me a romantic, but I think our urban realm could be unrivalled if we took this lesson on board and created places that attracted everyone and everything, rather than cherry-picking the elements that we think we want. Instead what we get are stale urban spaces.

This book is a classic in the urban design canon and can give us great insight into people’s behaviour in the urban realm. It can aid the design process greatly, and help us to realise what we really should be focussing on: creating fun, inclusive and useable spaces. 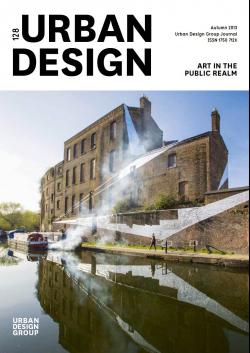 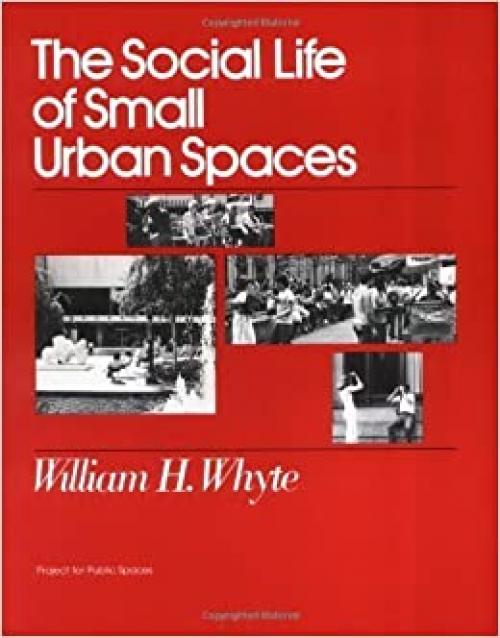