The Production of Space

I finally read The Production of Space in my first year as a PhD student at the Bartlett School of Planning. A group of friends were joining a reading group organised by a colleague from the Geography school, and Lefebvre’s book was their first choice. As a trained architect, my understanding of space was a hybrid between Cartesian geometry and artistic inspiration, an idea carefully translated into an object. The premise that ‘(Social) space is a (social) product’ (p.26), offered an intriguing and different perspective, so I joined in.

Two aspects of the book struck me right from the start. One was the depth of the philosophical references that appear as brief comments in the text and as footnotes. I often found myself picking up one of such passing comments and following it down a long thread of related ideas before continuing with the reading. The other was the peculiar prose style that I linked to its translation into English, until I learned that Lefebvre used to dictate his thoughts without ever reviewing the final document. The combination of these two factors makes the reading of the text slow, but also extremely enriching and perfect for group discussion. Picking my colleagues’ brains to decipher what Lefebvre was trying to convey in his musings about space also revealed the strong influence that our own backgrounds and disciplines have on the way that we see the world around us.

Lefebvre does not waste time as he lays out his key concerns about space from the very first pages. In a concise review of Western thought about space, Lefebvre tells us how our common understanding of it has been dominated by a Cartesian logic, one that renders space as a mental entity separate from social or physical reality. One might wonder why these philosophical reflections should be a matter of concern. As Doreen Massey pithily put it some 25 years later, ‘The way we think about space matters. It inflects our understandings of the world, our attitudes to others, our politics’. Similarly, Lefebvre makes this point through a triple proposition:

With the aim of the book established, the dense writing gives way to a more expansive style. As Lefebvre himself recognises, these propositions need ‘to be expounded, supported by logical arguments and shown to be true’ (ibid.). The remaining 355 pages do precisely that.

To test his propositions, Lefebvre calls for a new epistemological approach to space, one that looks at it as the ever-changing outcome of a production process, in which social and physical realities interact with the mental. Drawing on Marx’s interpretation of Hegel’s dialectical method of knowing, as well as Nietzsche’s concept of the ‘eternal return’, Lefebvre presents space as the evolving product of a never-ending dialectical relation between mental space (i.e. its Cartesian conceptualisation), physical space (i.e. nature), and social space (i.e. itself a product of the dialectical relation between perceived, conceived and lived spaces).

Recognising the complexity and novelty of the social space idea, Lefebvre elaborates in detail the meaning of its triad in the first two chapters:

Lefebvre argues that capitalist societies produce abstract space, which is characterised by the dominance of mental space over the natural and social ones. In this dialectical relation, the mathematical logic underpinning mental space, reduces the world around us to a homogeneous grid where all that matters is the relative position of the centre, which in turn determines the value of each location. William Alonso’s land use economics comes quickly to mind when reading Lefebvre’s description of abstract space. Lefebvre discusses in detail the material implications that this abstract space has for our daily lives. Prime locations and suburbs are expressions of this abstract space, which reduces the historical richness and social diversity of places to an exchange value that is a function of their relative position to the centre. Coastal areas are reduced to mass tourism destinations. The rural becomes an urban subordinate.

The Production of Space offers a profound analysis of the political role that an understanding of space plays on the way we shape and relate to the places we live in. After reading the book, the world around us acquires a different meaning as if a veil has been lifted from our eyes. The social space triad has framed the analysis of conflicts in the use of public spaces. In my case, Lefebvre’s dialectical method helped me understand vacant land as the necessary planning tool of a land allocation process that creates uneven land scarcity, a very different conclusion from the one I imagined at the start of my PhD research. This is a book that dares us to think about space differently. For that reason alone, it is a book worth reading. 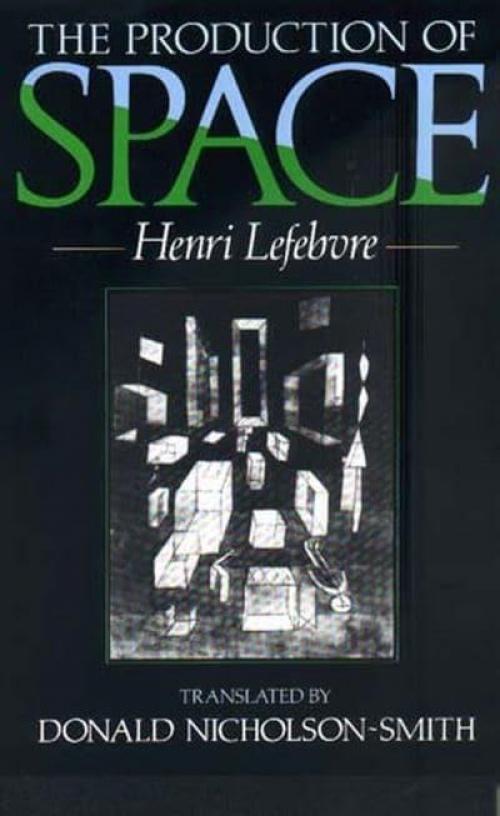